At last we made it to see some Kangaroos (Roos)…. We’ve known all along they were close but finally made the trip. To where? Well, several people have suggested the local cemetery! So just 8 minutes from the open space we traveled to Pinnaroo Valley Memorial Park. 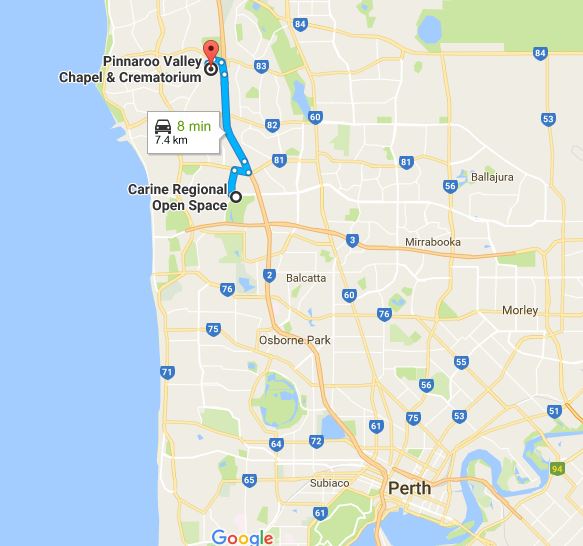 It is a beautiful place with ponds and walking trails. Very tranquil, with only markers and flat tombstones. It is very park like but make no mistake you never forget you’re in a cemetery. 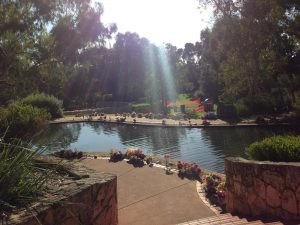 Now here are some shots of the Roos we saw and a little learning to go along with them.

Below an adult female known as a “Doe”, “Flyer” or “Jill” feeds a young baby “Joey”. The Doe can determine the sex of their offspring and even delay gestation when it may be beneficial for survival. The Jill is able to produce different types of milk to support Joey’s in multiple stages of development (older joey living outside the pouch but still drinking milk, a young one in the pouch). 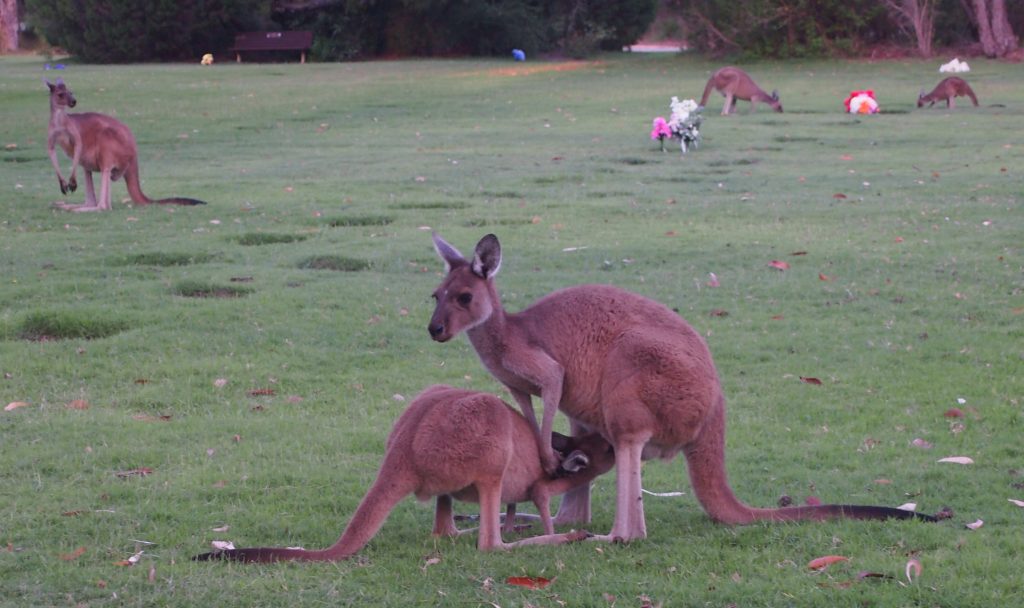 I believe this a male in the forefront (haha), which would be called a “Buck”.

A group of kangaroos is called a Mob, Troop or Court. Kangaroos are social animals which stay in groups of at least 3 or 4 individuals. Some groups can comprise of as many as 100 individuals.

On land kangaroos only ever move their hind legs together, however in water they kick each leg independently to swim.

There are more kangaroos than humans in Australia, some reports claim 25 million humans vs 50 million kangaroos.

They are the national symbol of Australia and appear on postage stamps, coins, and the Coat of arms. Kangaroos (also Emus) can’t walk backwards so they symbolize a nation always moving forward, never backwards. 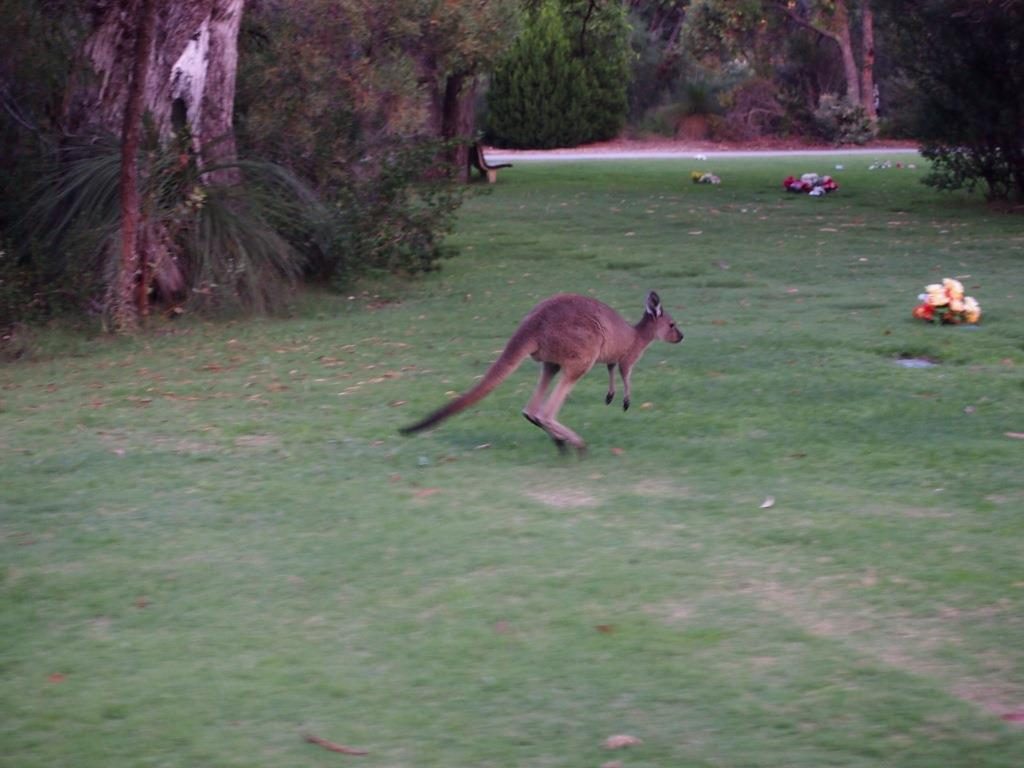