We spent a day in Guilderton which is about an hour north of us…. Our Australian parents have a “beach shack” in the area and thought Atticus would love the beach! 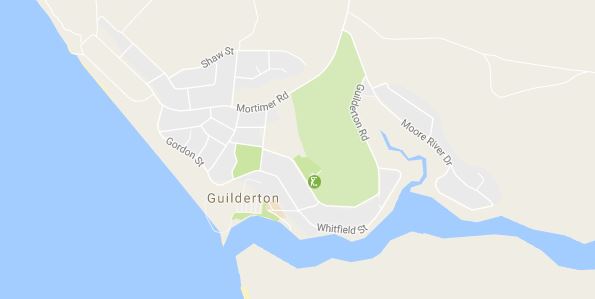 It is a pretty unique spot, where the Moore river meets the Indian ocean…almost. A sand bar at the end of the river is all that separates the two. It is a little surreal to see because of the contrasting colours of the waters: the dark river water sitting next to the crystal blue ocean. The river water was so golden / brown, like the “brownest of the brown liquors”… Lionel Hutz 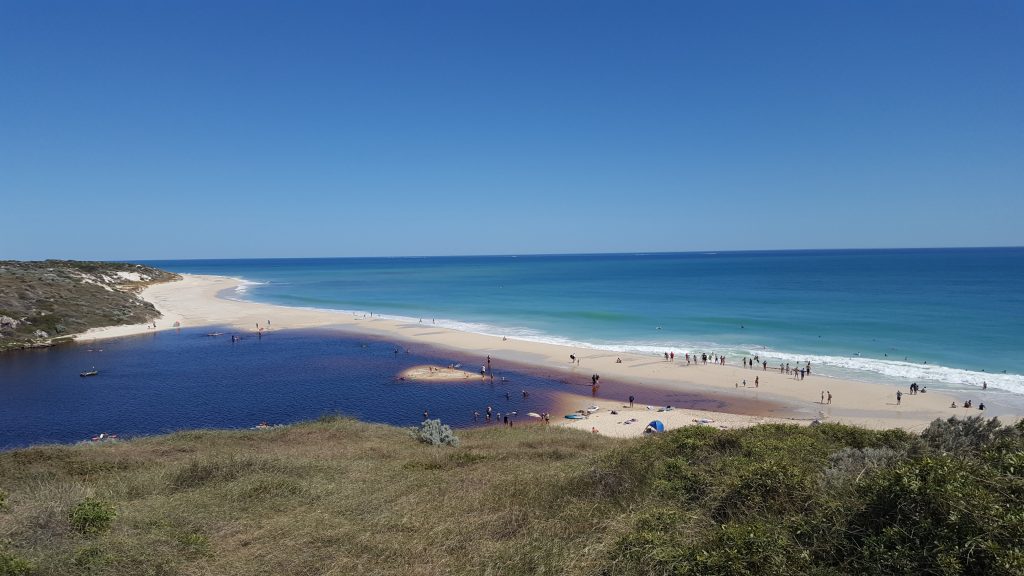 A local told me they have had to enact fines for anyone trying to breach the sandbar (it happens naturally 3 or so times a year) because is can be quite dangerous (more below). A few years ago a foot dug trickle of water quickly washed out the sand bar and this caused the rivers depth to drop more then a meter. 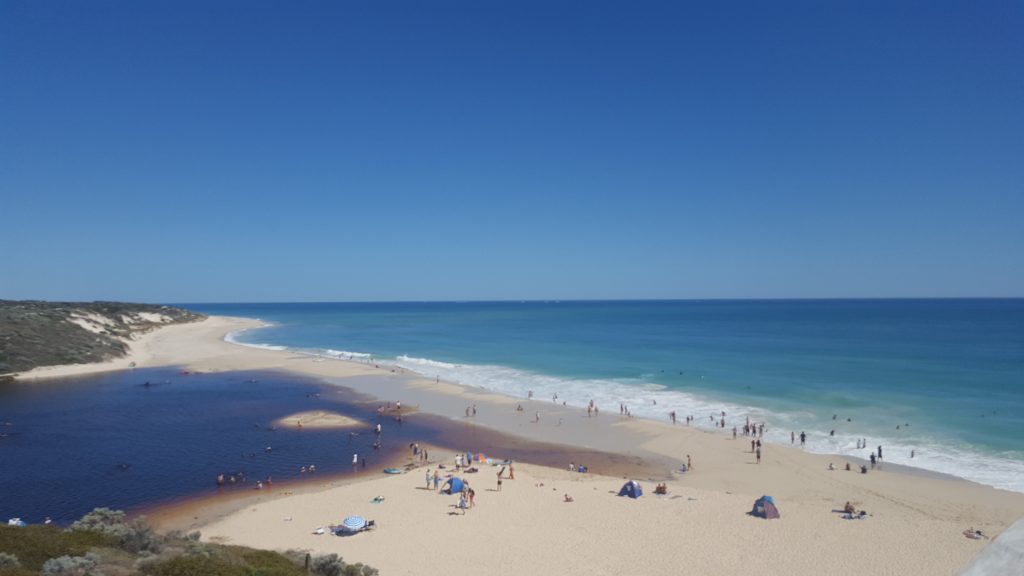 This area does offer the best of both swimming worlds! The calm river is great for the kids, while the huge ocean waves are great for boogie boarding and surfing. The ocean beach was quite steep and the waves were large and quickly washed Atticus off his feet (I was holding on to him). Some of the waves were so large they would go right over the sandbar! Just standing on the sandbar is an experience: the sand, soft, and the waves going over quickly buries over your ankles.

It doesn’t seem like water front property exist here in Western Australia. You may have the house closest to the beach but often you have to cross a road and a dune to get to it. It is actually really quite nice, it makes the beaches much more accessible to all. It also makes them seem more nature like, not being completely lined with huge homes. Here is a little drone footage I found online (Thanks to Robonz2000, PS I loved the choice of music). Little Australian knowledge, 80% of the country’s population lives within 100 kms of the coast.

It truly was one of the best days we have had so far! Atticus was not happy about it ending! 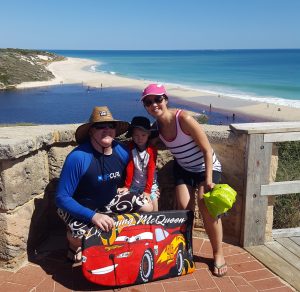 More pictures about breaching the sandbar….