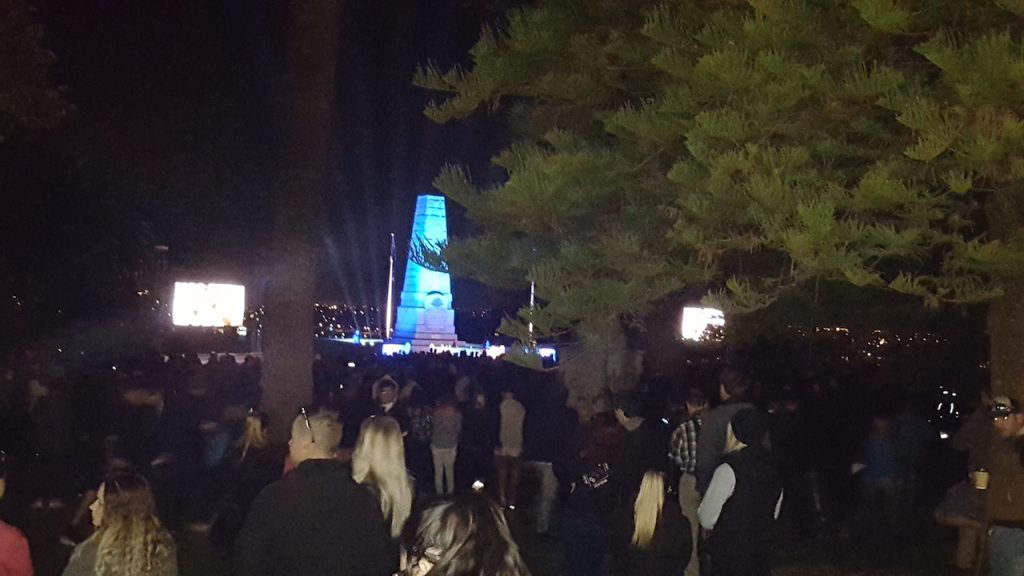 A day to remember…

On April 25th we attended ANZAC day dawn ceremony at King’s Park. The original ANZAC day was to remember those who sacrificed their lives during World War I. It marks the anniversary of the first major military action by the Australian and New Zealand Army Corp (ANZAC). On April 25, 1915  soldiers left to fight in the Battle of Gallipoli. Today people celebrate ANZAC day like we do on Remembrance Day, to remember all those who fought and died in war. It is a public holiday and services are held all across the country. Although Remembrance Day is not a public holiday in Australia people stop work to observe a moment of silence at 11 am on November 11th.

On the morning of ANZAC day, Paul and I with many others, caught the train at 4 am to go into the city. We were told to go early and to take public transit due to lack of parking on-site. Once we got into the city we followed crowds of people in hopes to catch the free bus to King’s Park, but soon we discovered we were walking to King’s Park. First we had to climb up Jacob’s Ladder. I was not ready to climb up the 242 steps staircase, but we arrived at King’s Park by 5 am.

There was an estimated 40,000 people in attendance and there was a lot of children. The ceremony left me feeling a strong sense of gratitude and honour for this great country. The timing of the service coincided with the sunrise. As we stood overlooking the city’s skyline, one fighter jet flew overhead then a single bugler played the last post. I was in awe. 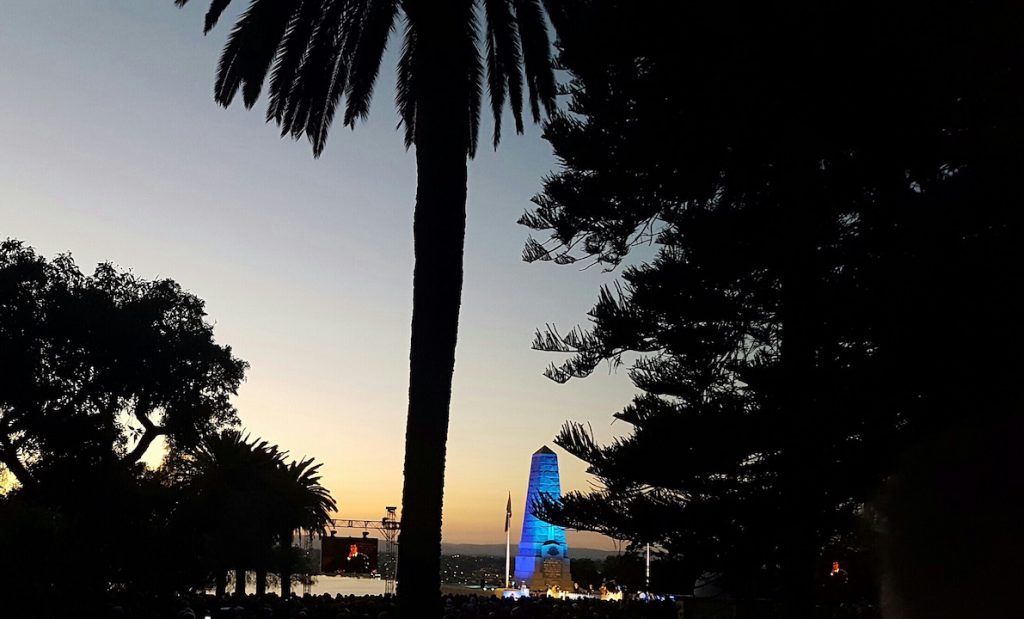 Afterwards we went home and had breakfast with grandma and Atticus. The ceremonies continued with a parade and more services throughout the city. While Viv was here she bought ANZAC cookies for us to enjoy. I later found out ANZAC biscuits were sent to soldiers during war because the cookies didn’t spoil easily. I continued ANZAC day discussions in the classroom with my students and tried to instil the importance of remembering and honouring this day.  Paul and I both agree that we are grateful to have this opportunity.