So this was our October road trip. The big ticket items to see were Waverock, the white beaches of Esperance, and the Super Pit (Gold Mine) in Kalgoorlie. 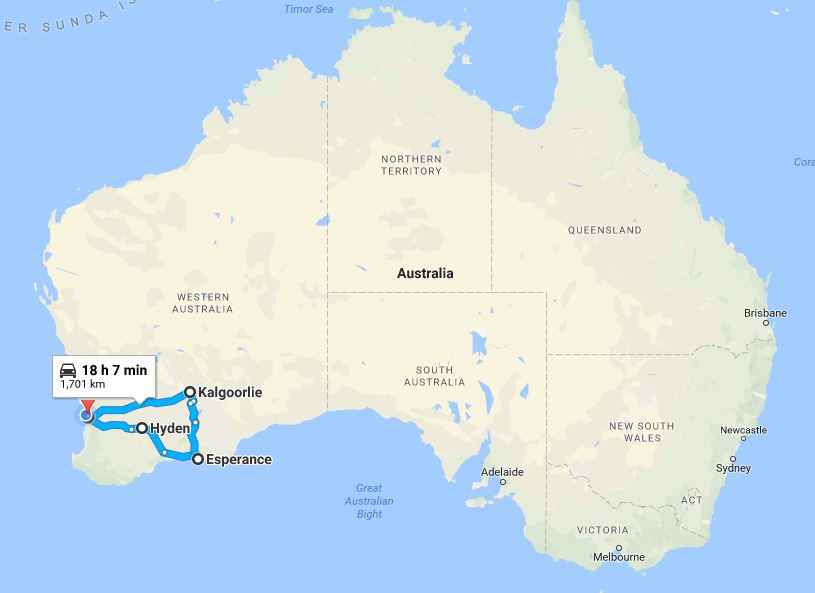 A small town about 4 hours outside of Perth, popular not only because it is a half way point between Perth and Esperance but also for a large granite deposit that has formed into both a stone shaped wave (WaveRock) and a Hippo’s Yawn.

With a population of only 406 people… We stayed at the only hotel / motel in town which while a little run down but had a pretty decent restaurant. It was cool during this road trip but being Spring the wild flowers were out like crazy, which was a nice off set for the cooler weather. 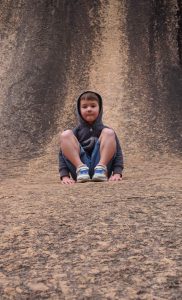 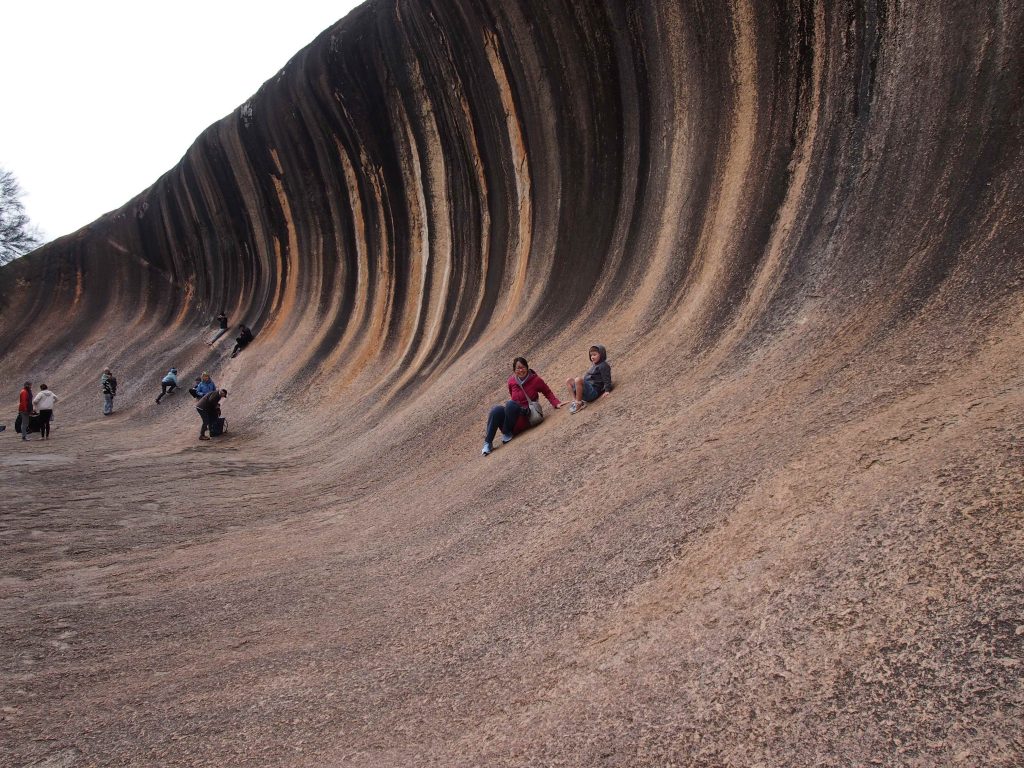 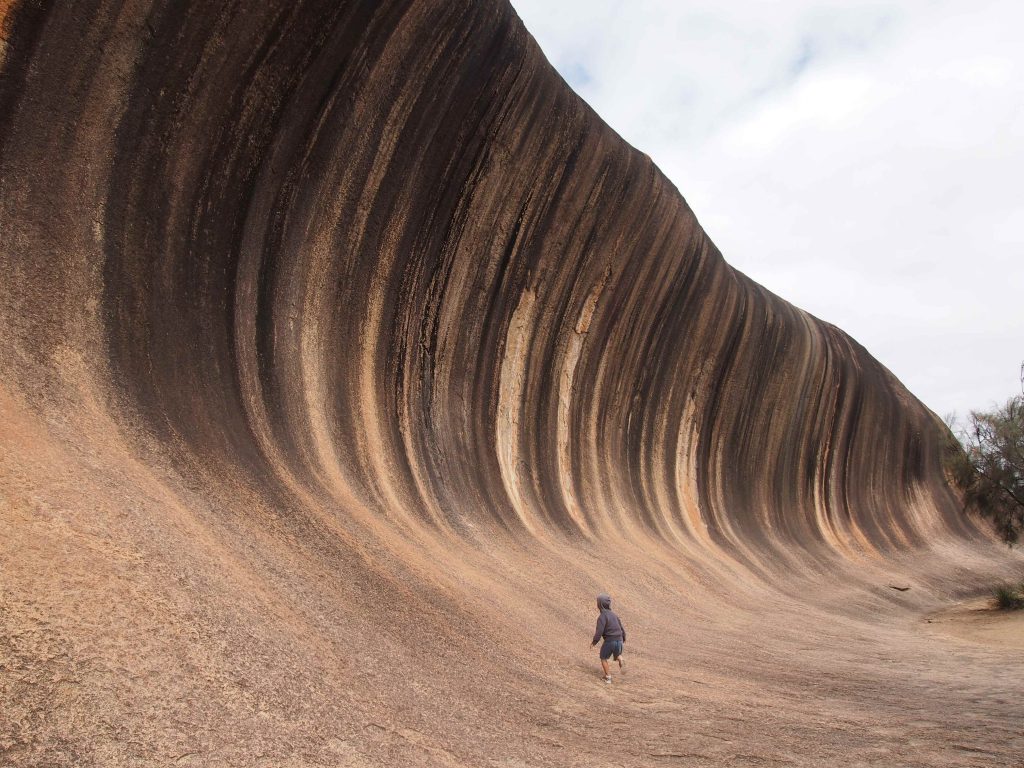 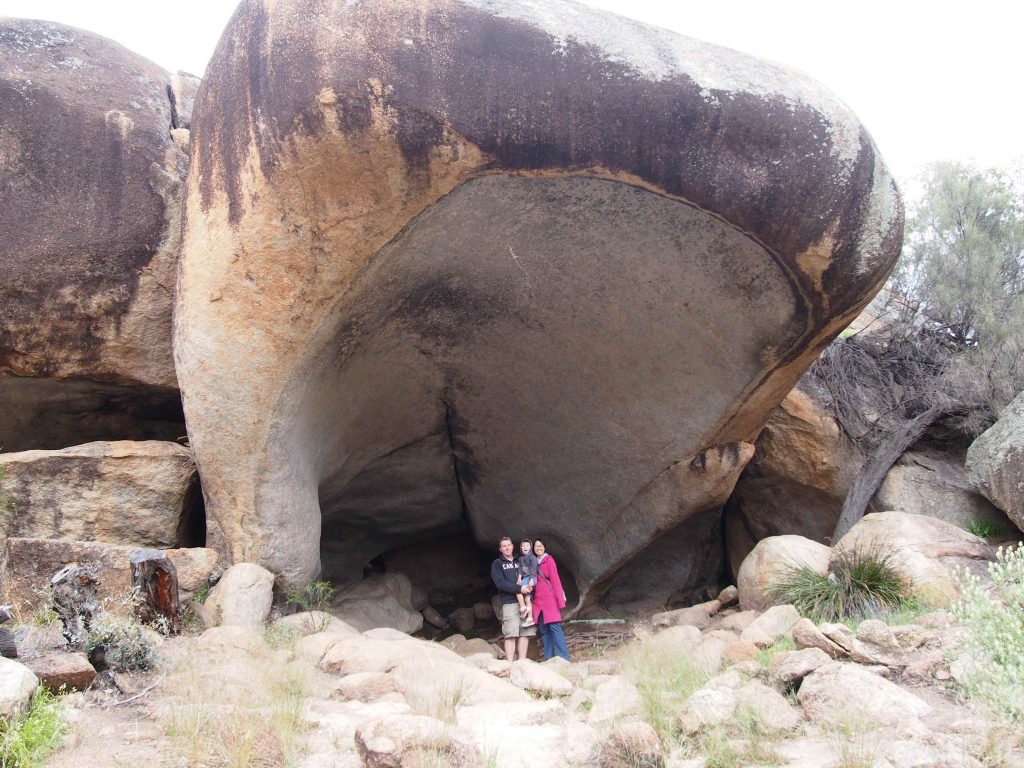 Known for white beaches where the Kangaroos like to hang out. We were won over by the town right away when the owners of our accommodation (Esperance Island View Apartments)  flew the Canadian flag for our visit… Haha, sometimes it is the little things! Atticus loves seeing our Canadian flag. 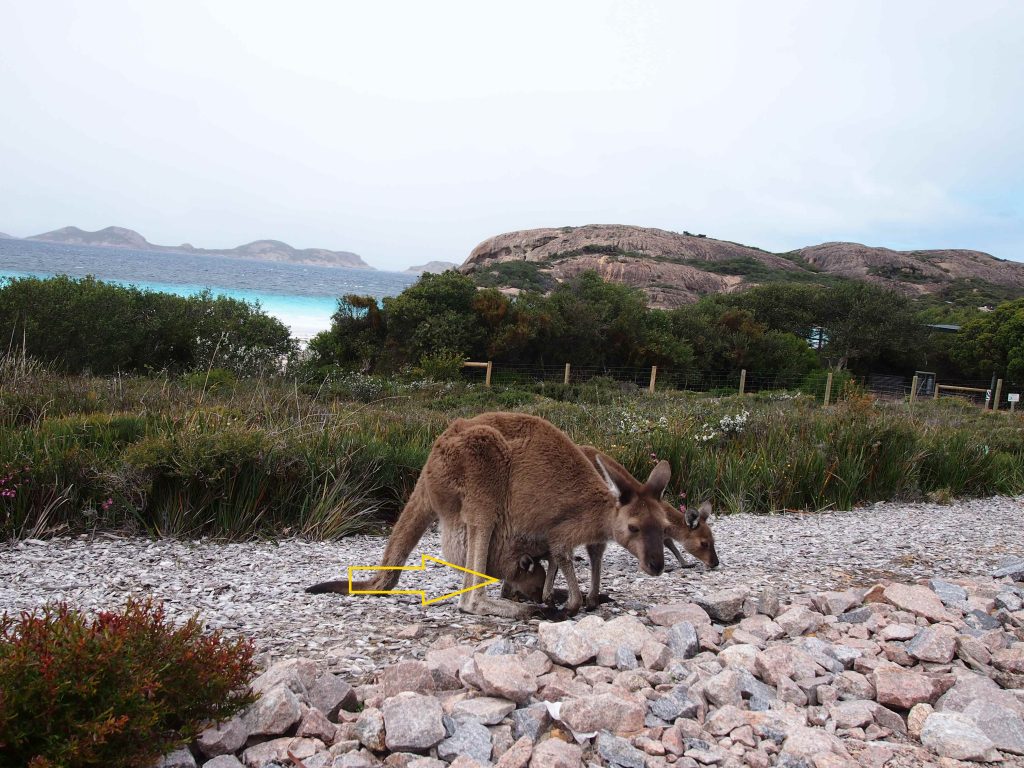 A momma roo with a few of her joeys… 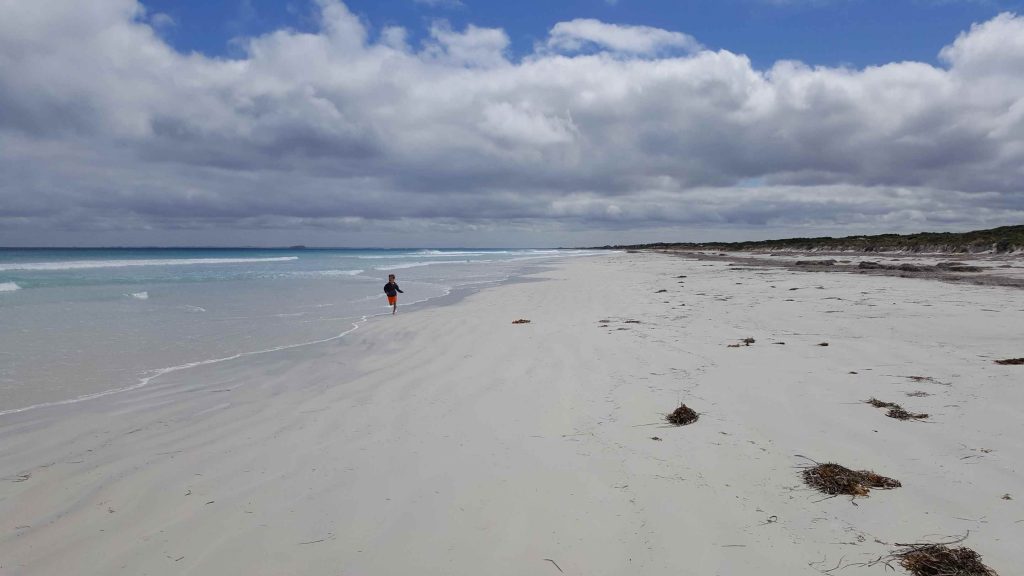 Atticus out for a run… Shaking off the car! 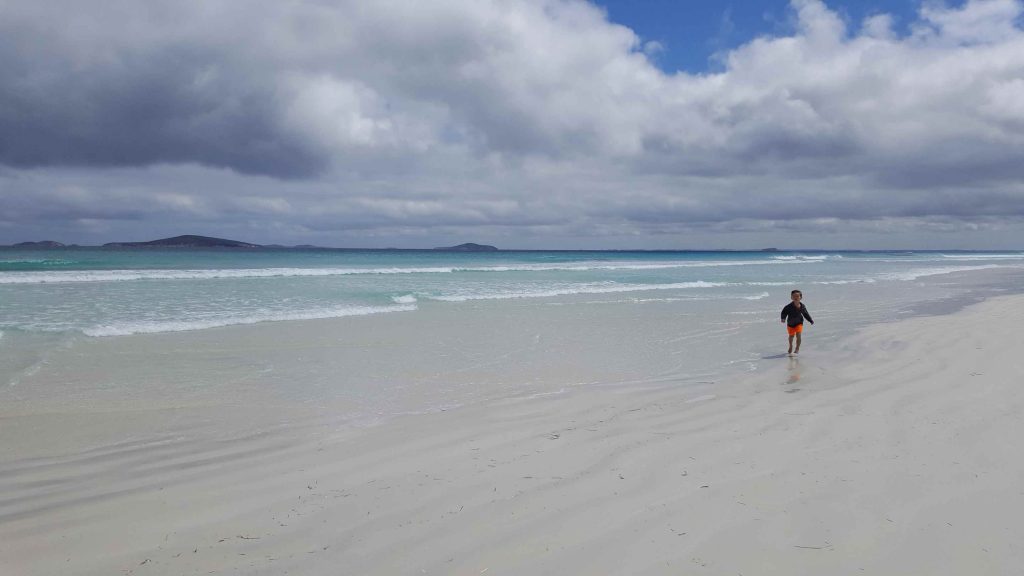 Beautiful white beaches and the water so blue and clear! I only wish it was warmer so we could have spent the day and had a proper swim. 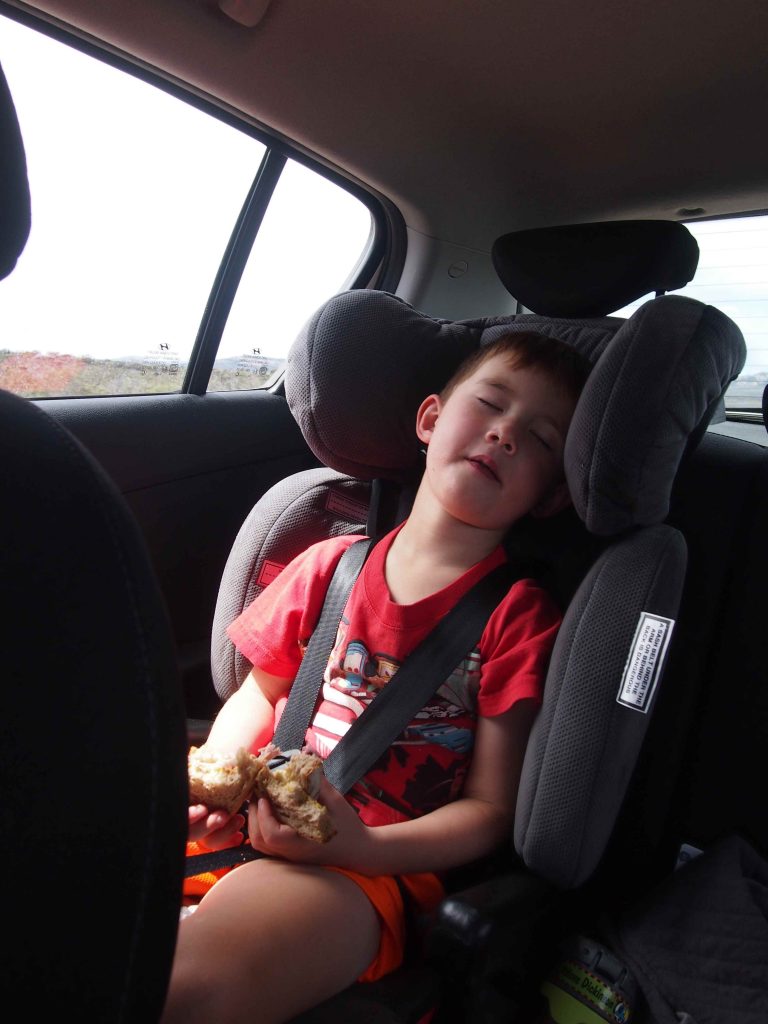 So this is a mining town, gold mining! Driving around WA we have had to pull off the road a few times to allow for huge mining vehicles to pass. 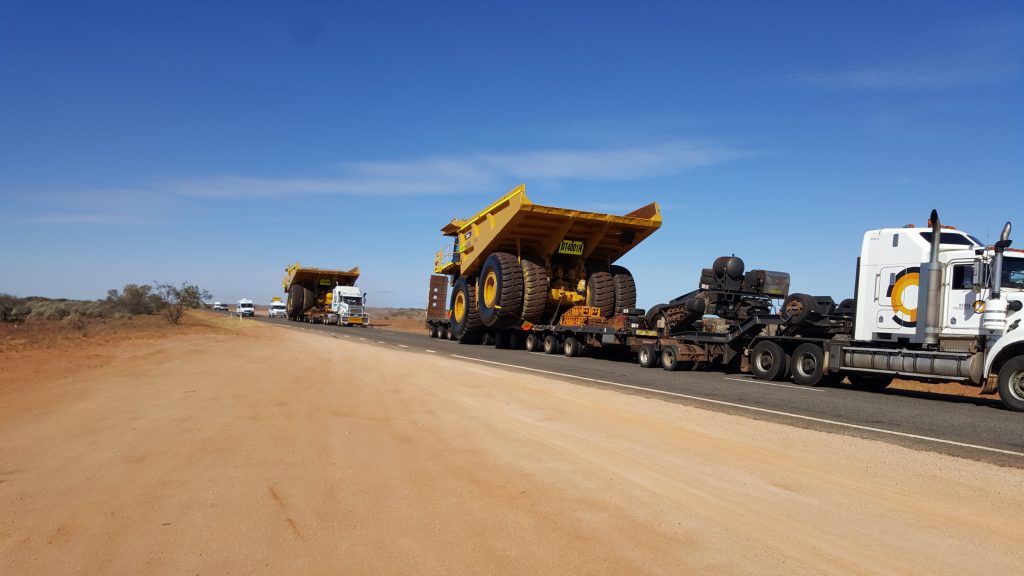 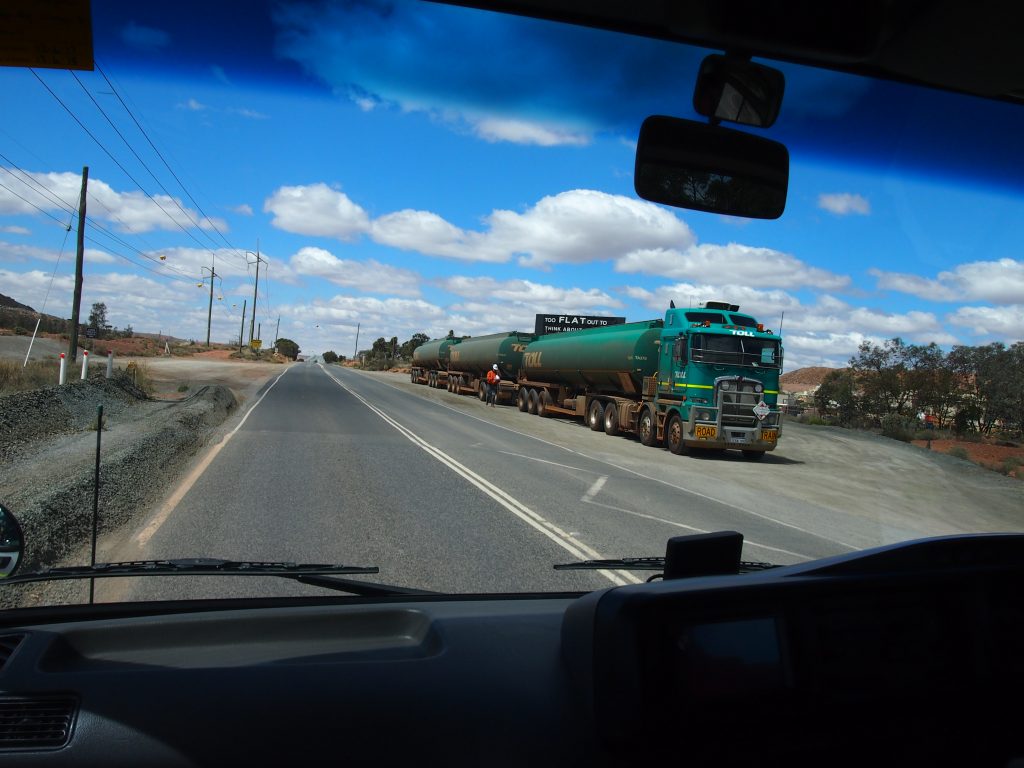 The mine we toured has on-site fuel storage but requires 9 road trains daily like the above to keep the tanks topped off. 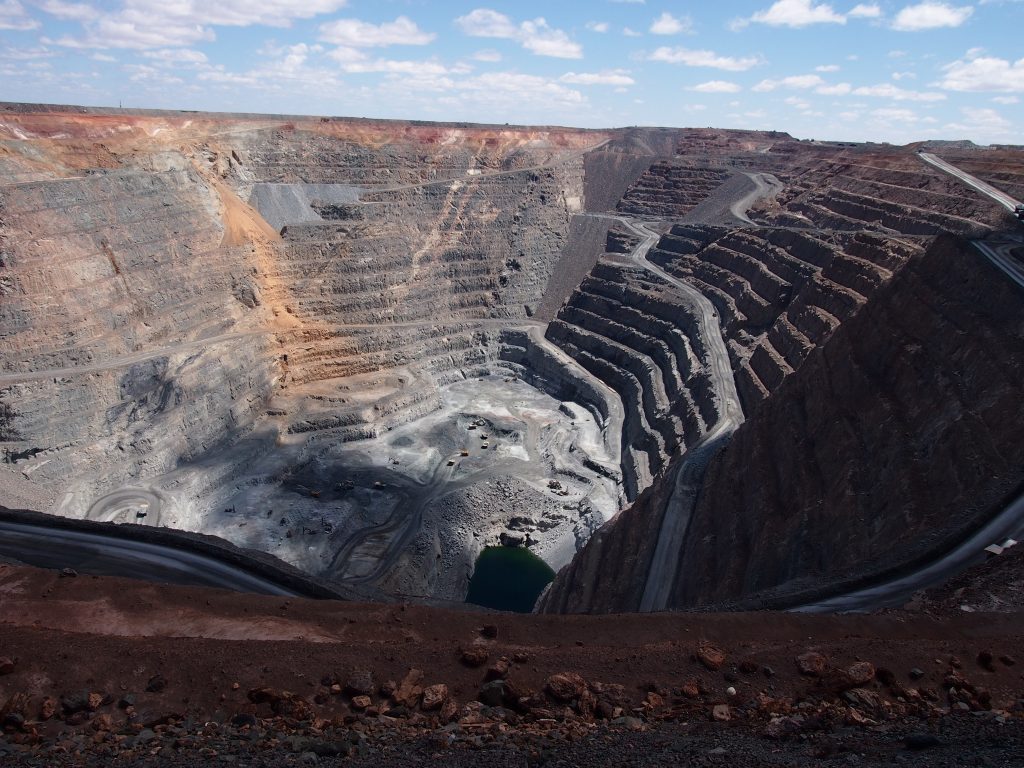 From the top of the pit those huge trucks looked like toys driving around at the bottom. The veins running down the sides are old mine shafts, the site still has under ground mining as well. 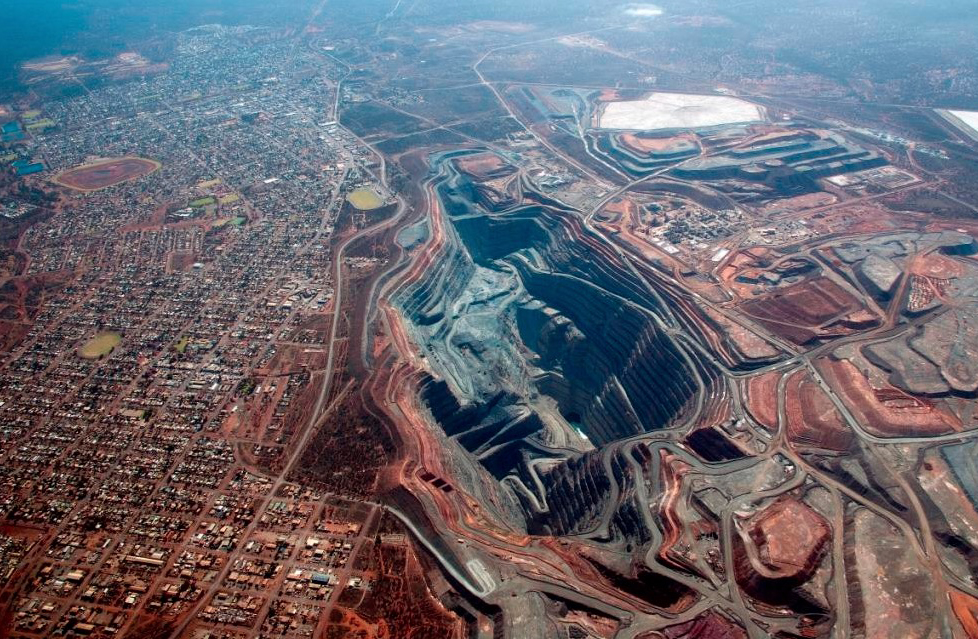 All the people who work at the mine site have to live in Kalgoorlie. Many mine sites in Australia are fly in fly out which is hotly debated as to its effects on work life balance. This site generates 800,000 ounces of gold per year.

ROAD TRIP!! Tree passing our first road train…. We were a little car crazy at this point…. Hour 3 or 4 I think!