Day 2! Recharged we were ready to head out and see the sites… The hotel we stayed in was connected to an underground that was huge! You could walk to many places underground including accessing the transit. 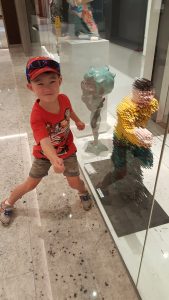 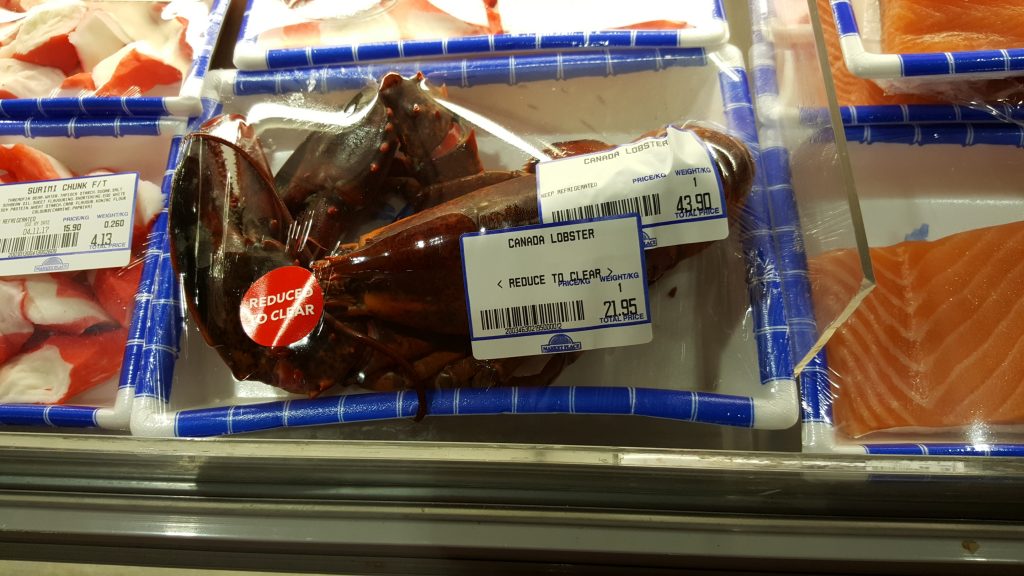 Another Canadian…. His trip was going not as well as ours. 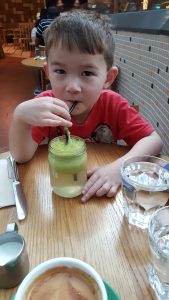 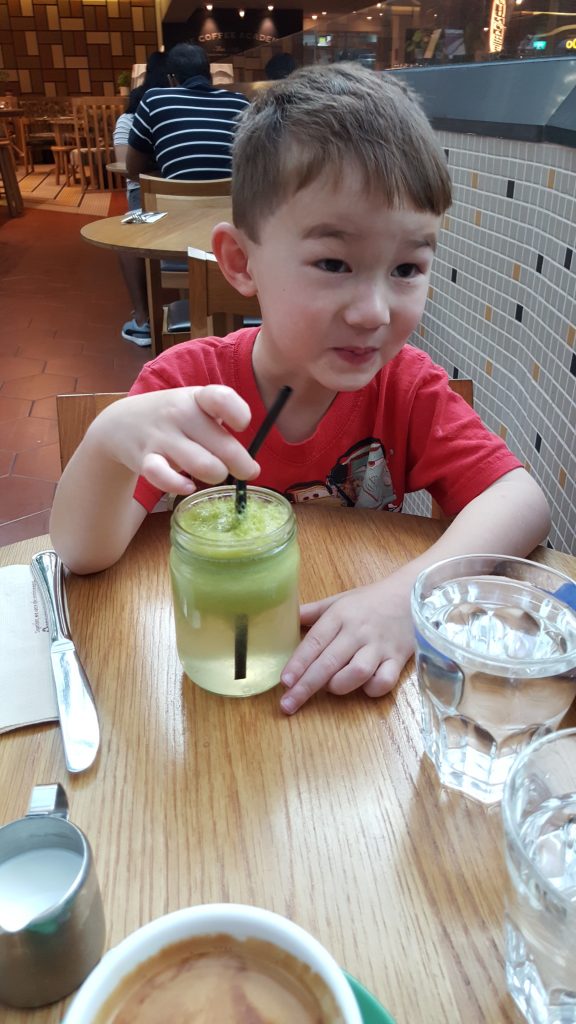 Not a fan of the freshly squeezed juice, it was green and pretty tart! 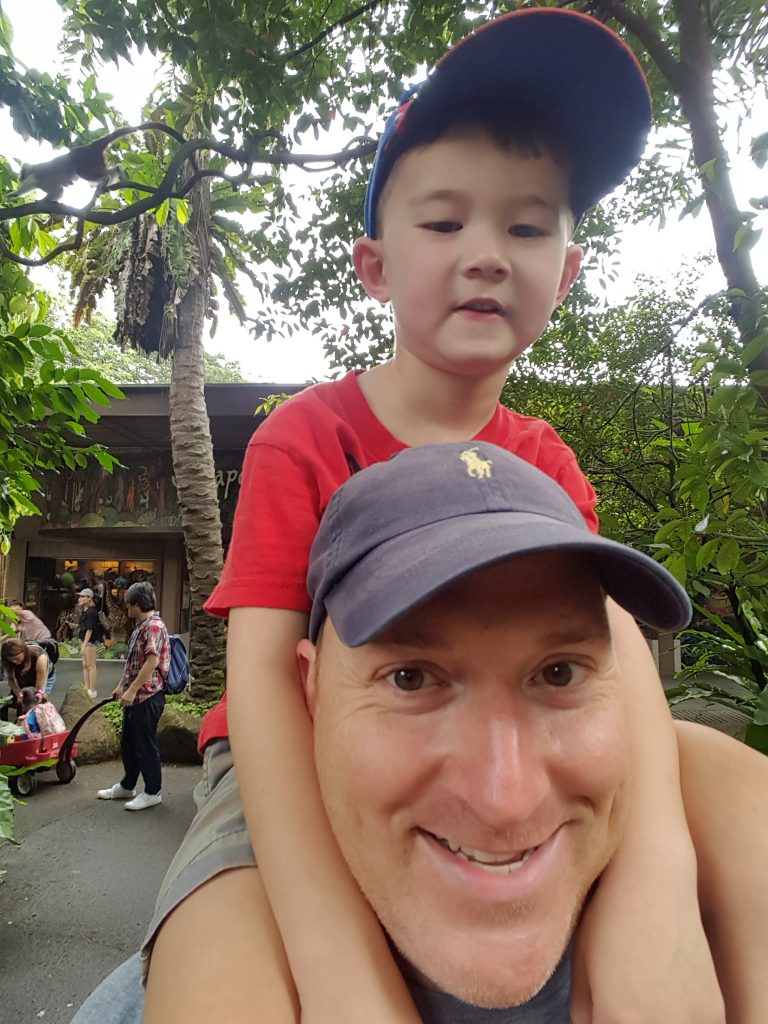 Singapore Zoo!! Wow!! Wins you over right off the start! With monkeys roaming free (to the left of Atticus’ head). 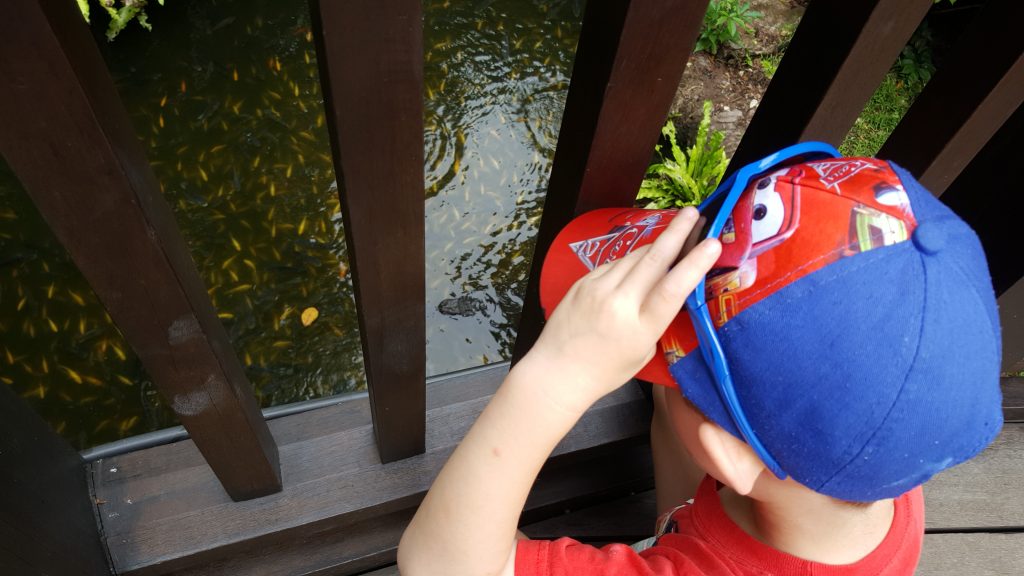 Crocodile hiding amongst the fishes… Just the boardwalk above some many eaters…. 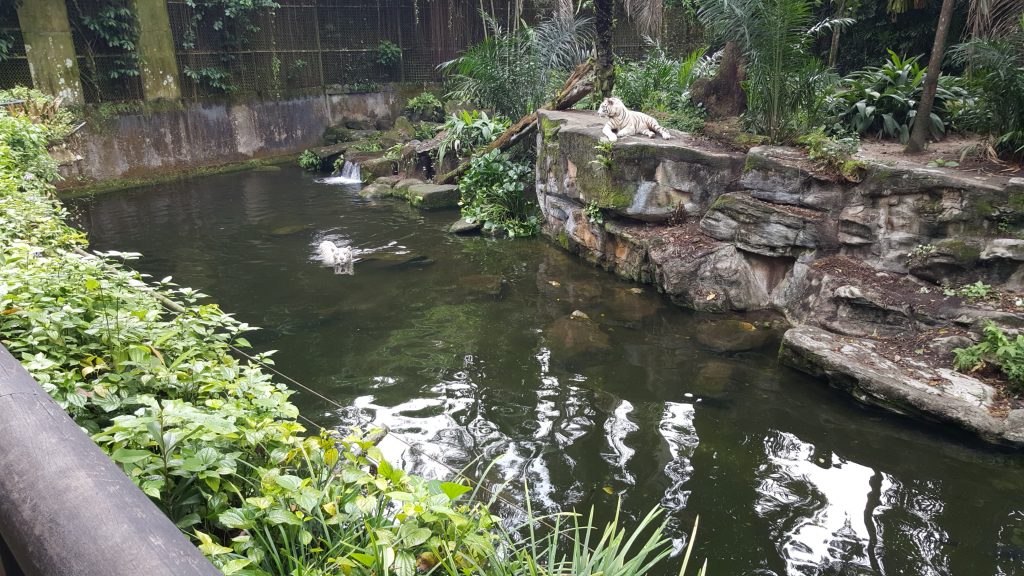 White tigers…. One out for a swim, it was cloudy but still 40 with the humidity! 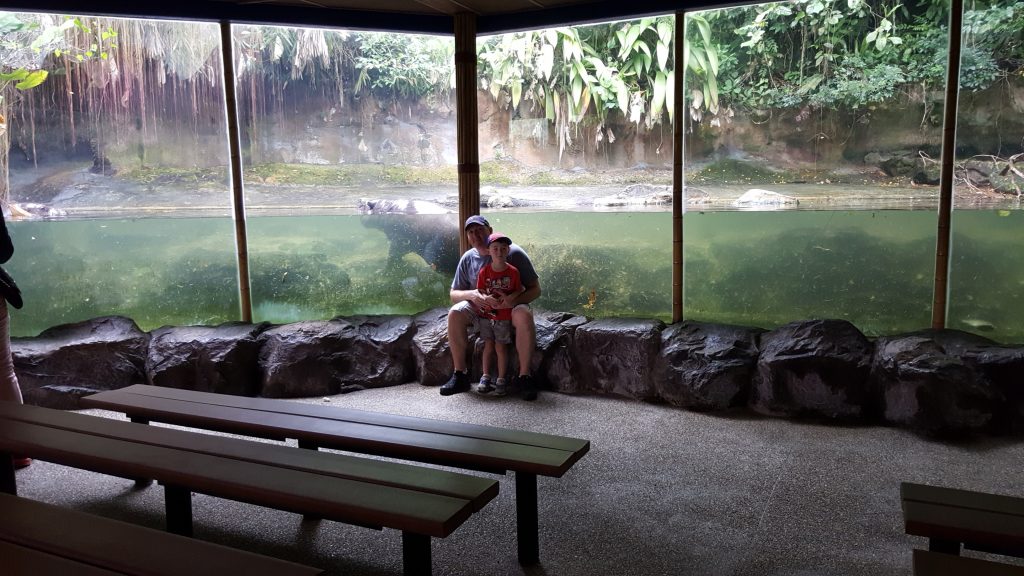 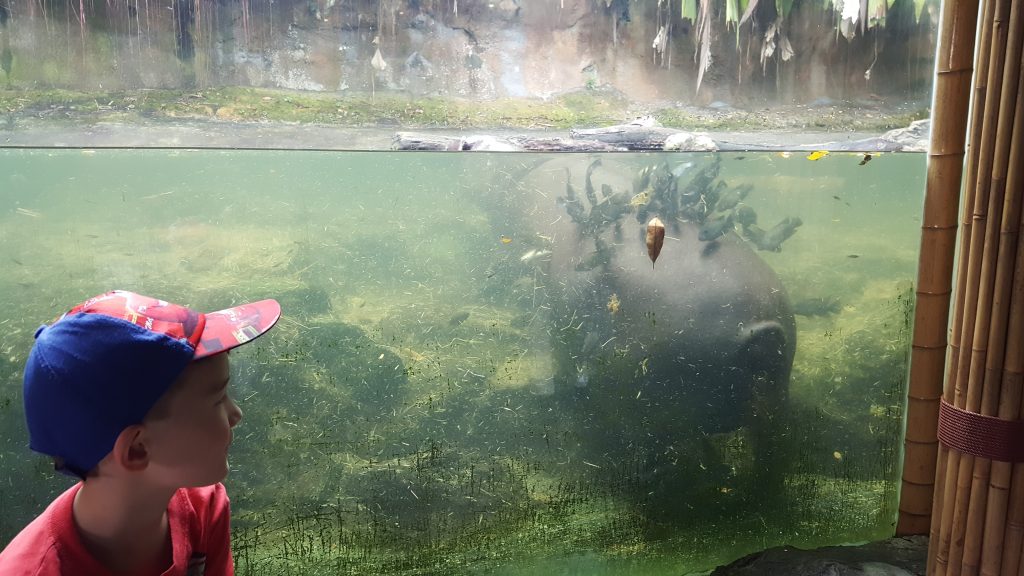 Atticus had this same spa treatment in Bali 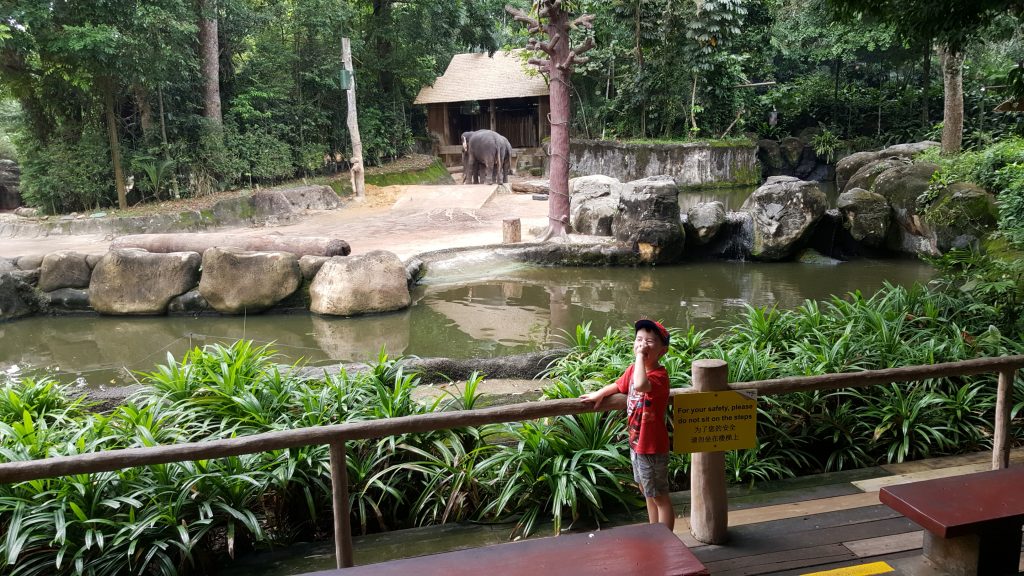 Atticus with his trunk 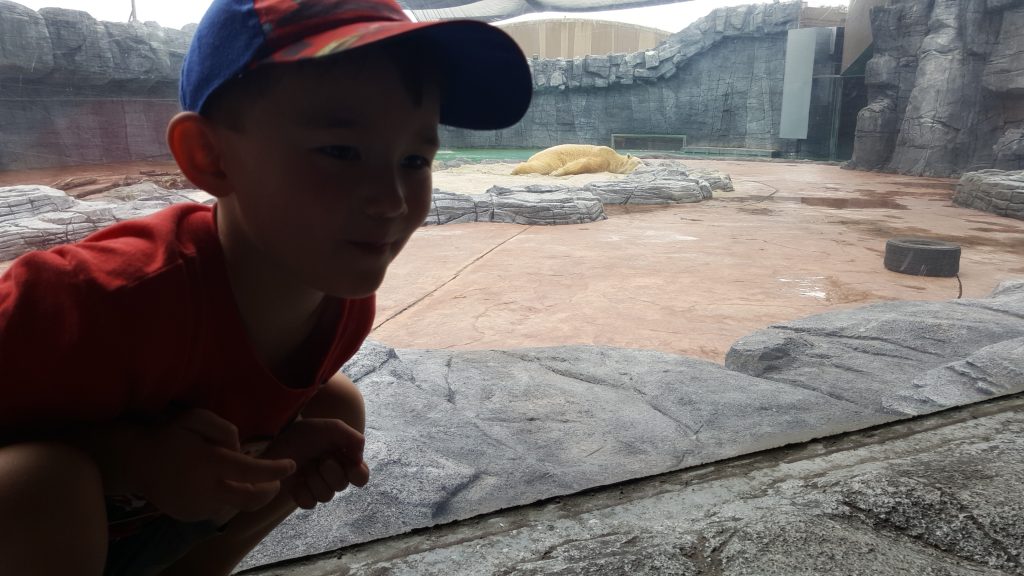 Atticus’ favorite stuffed animal is a polar bear so seeing a real one is always a big hit! 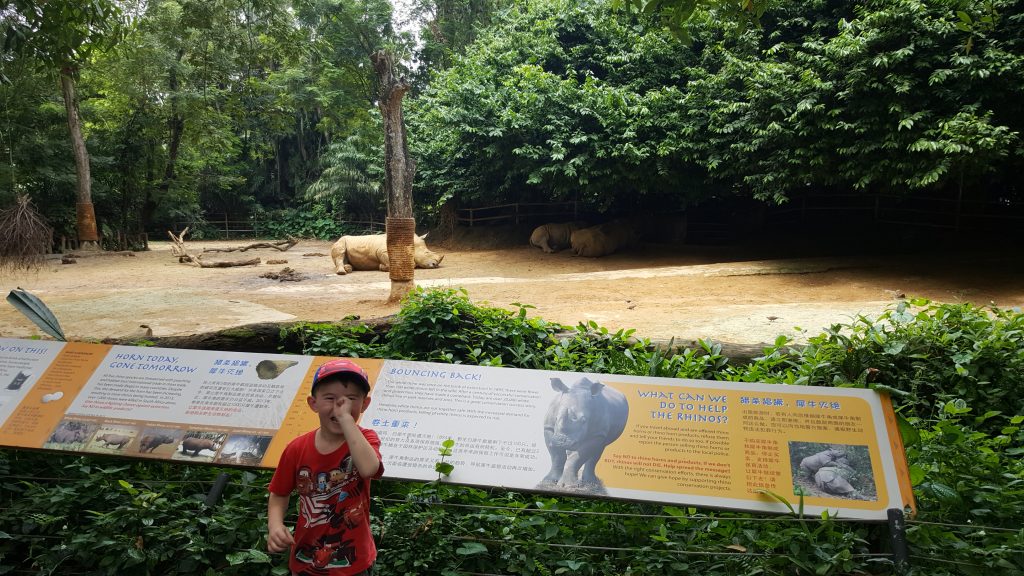 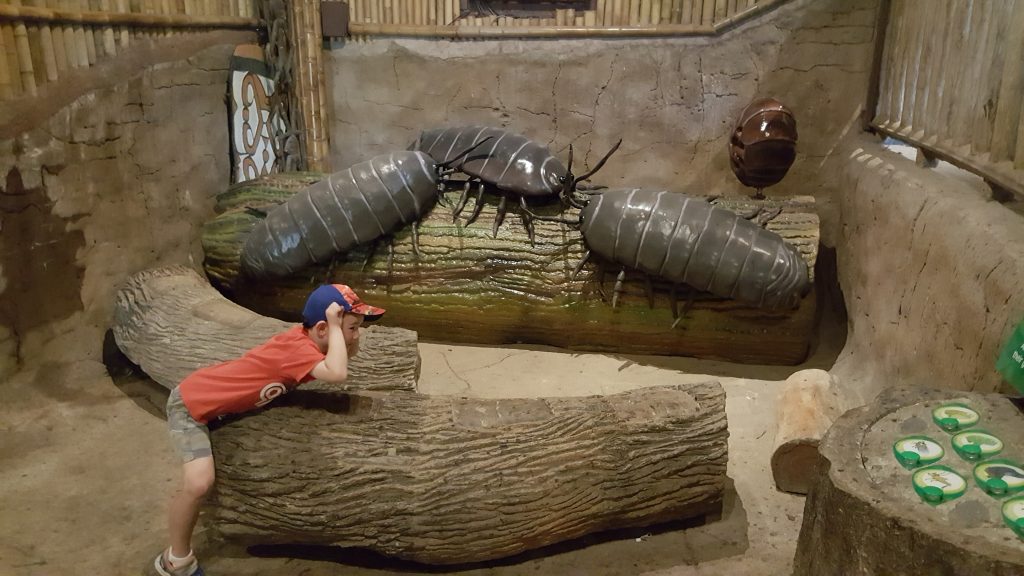 The zoo does an amazing job at making it seem like the animals are loose. The moat is enough to keep the monkeys confined, and even the ropes blocking the water are covered to look like vines. 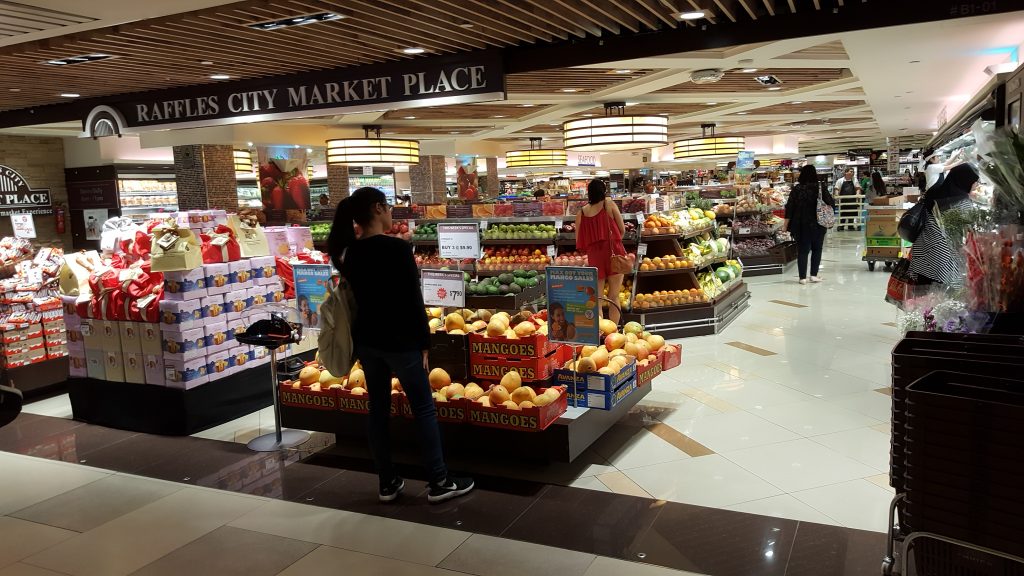 Grocery store below our hotel…. Amazing fruit and the coldest beer! It was $20 for a 6 pack, booze here is pretty heavily taxed, at the airport a bottle of beer was $21 bucks. 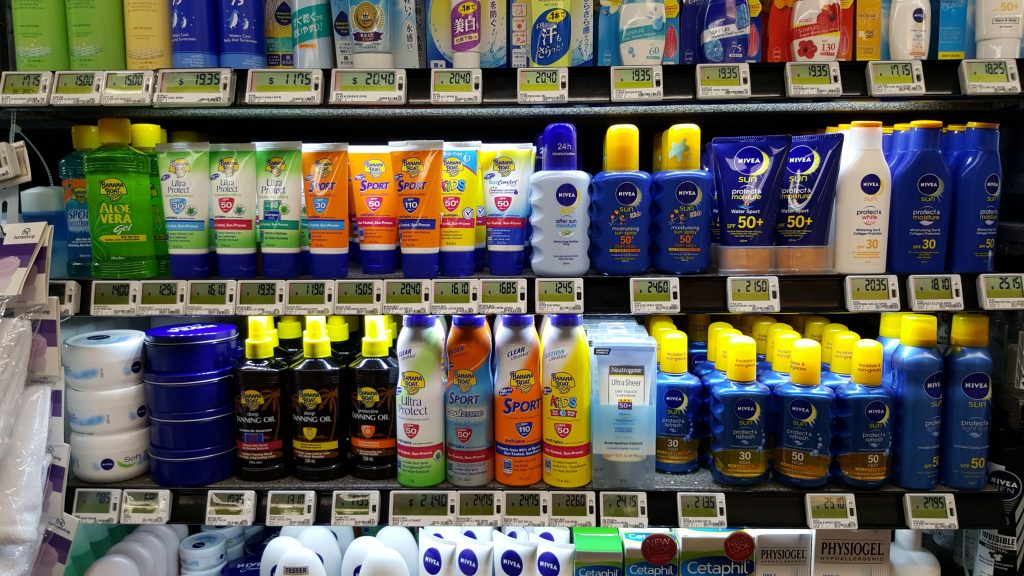 All the pricing was displayed on little digital screens! 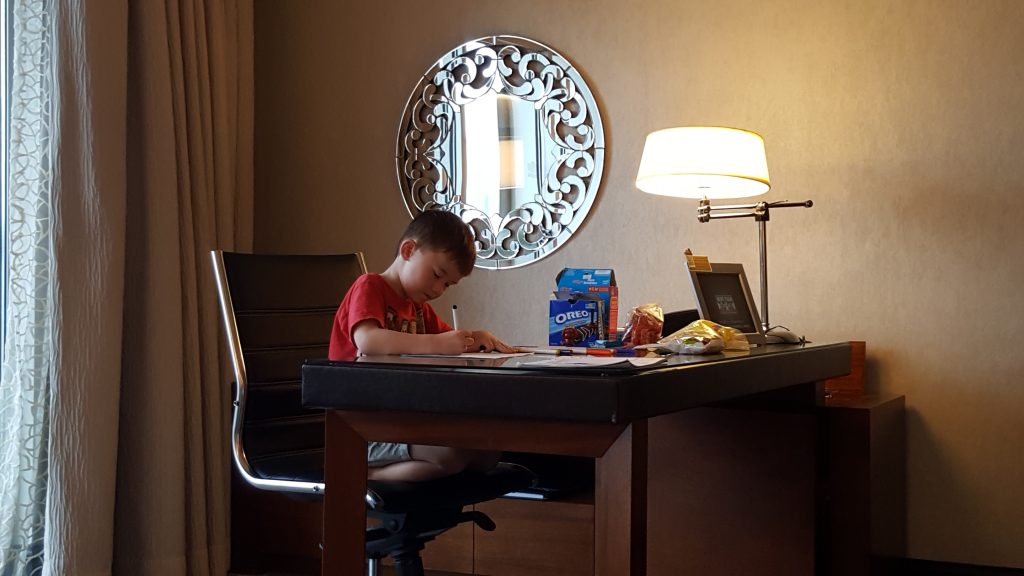 He had to draw the animals he saw during the day! Some of the major intersections not connected to the main underground still have pedestrian crossings underground.

One near our hotel was a popular spot for the locals to play outside and still escape the heat (it was air conditioned) skateboarding, dance classes, bmx-ing, all underground. 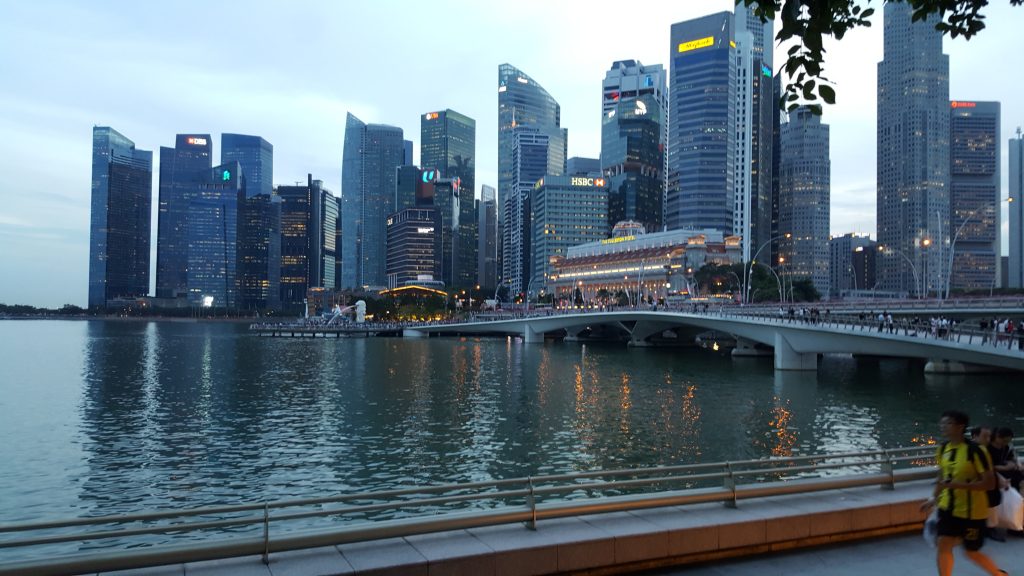 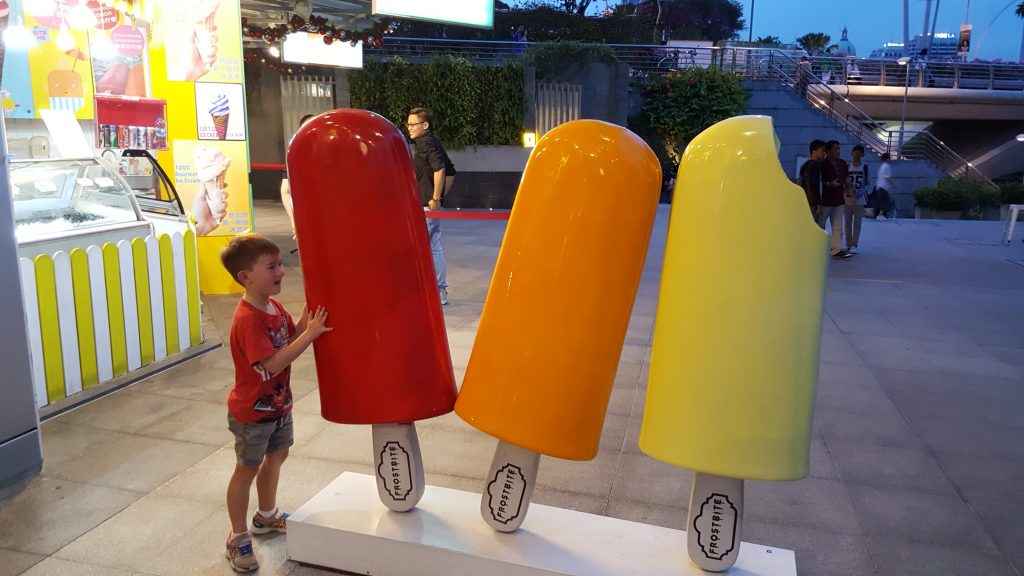 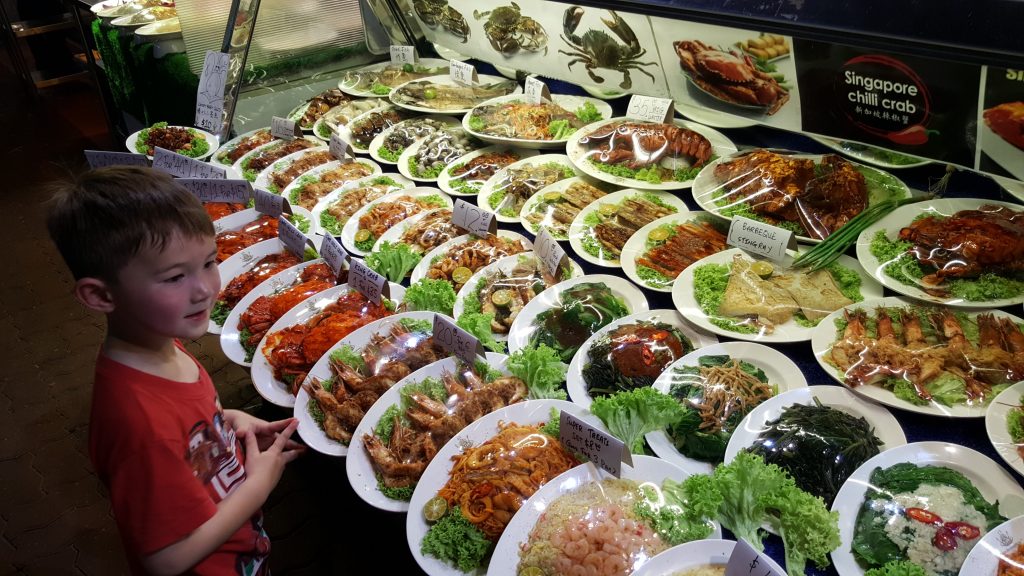 Amazing food! The city has these “hawkers markets” that are filled with great and well regulated food stands. It really is a small world…. Flying from Perth to Singapore the woman on the plane next to us was from Mississauga…. Then at this hawkers we sat with a few newlyweds one of whom went to the same grade school Atticus is attending. 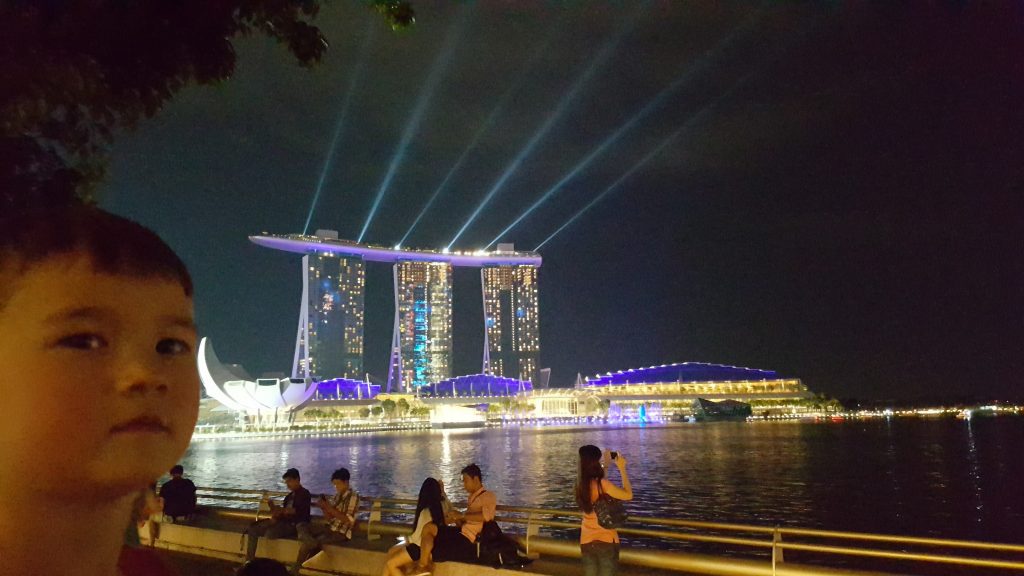