We headed down for some breakfast at “The Toast Box” 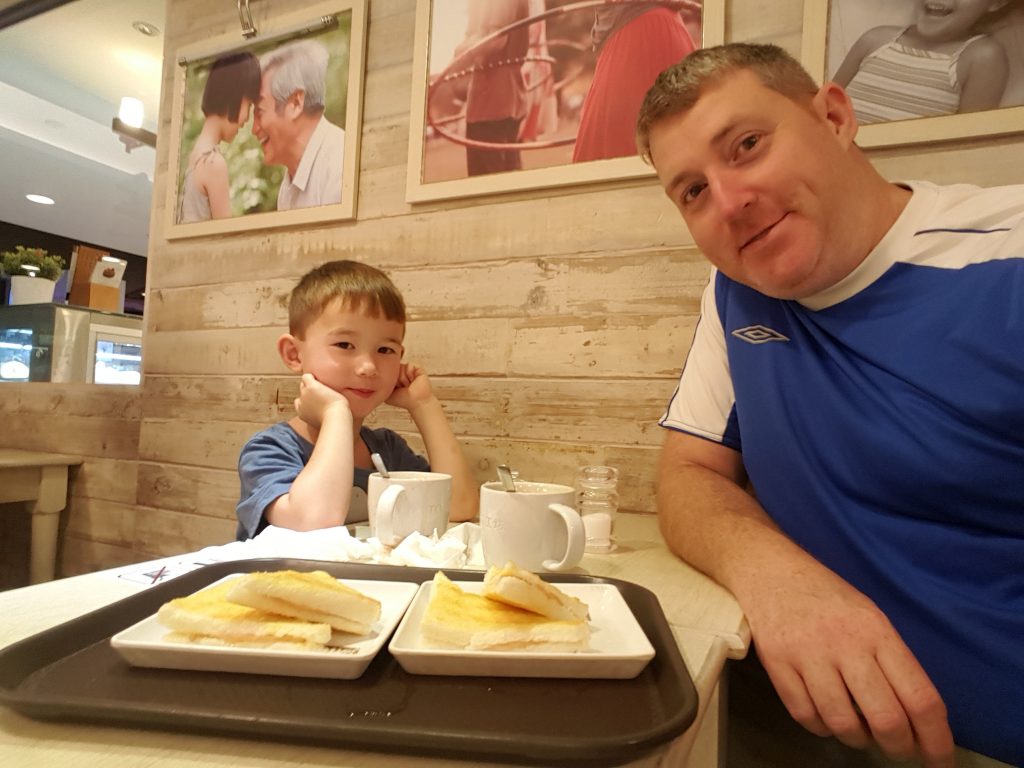 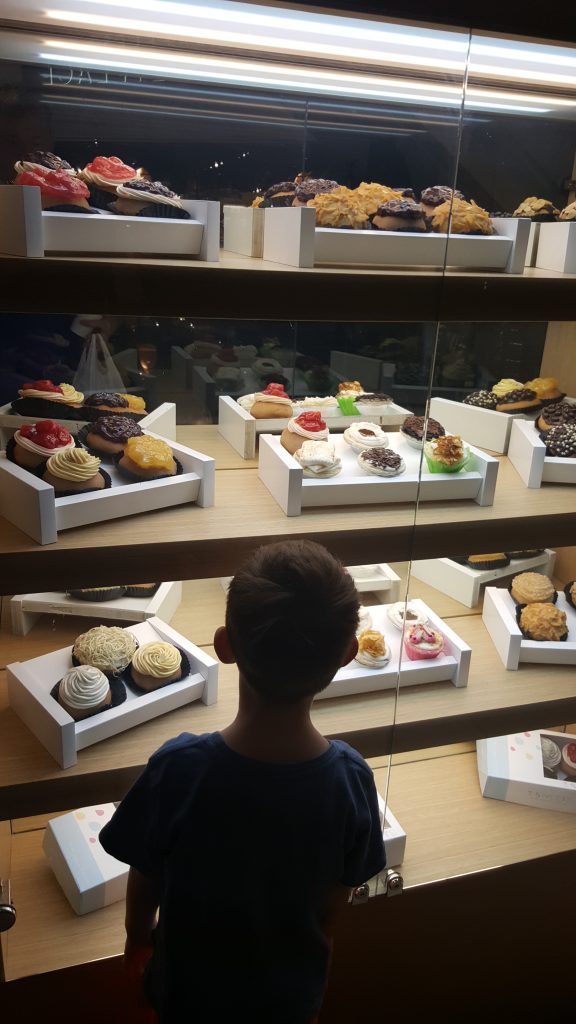 Freshly made pastries is what Atticus thought we should have 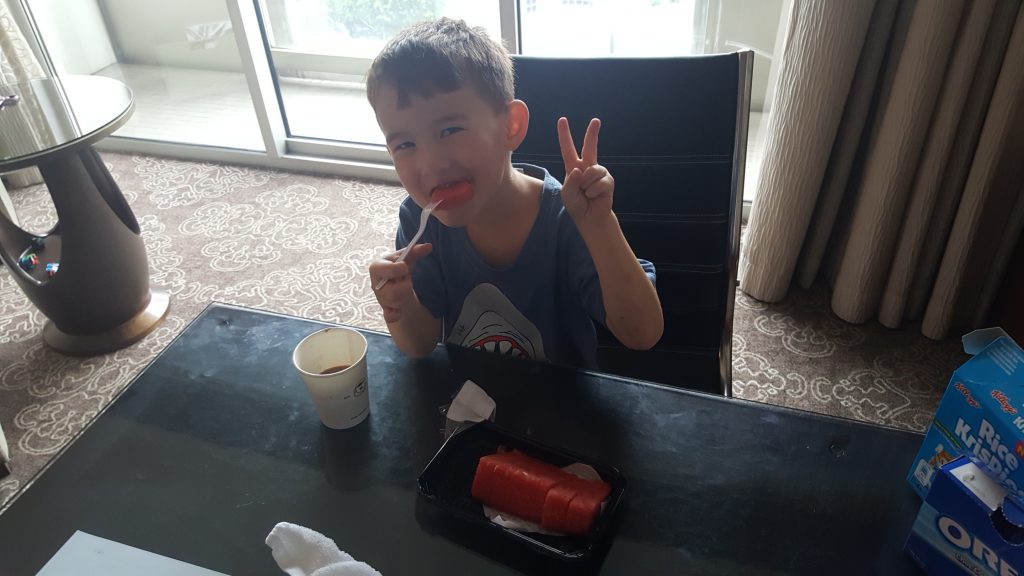 Proof I made Atticus eat some fruit with his coffee (hot chocolate, it was only 40 degrees!) 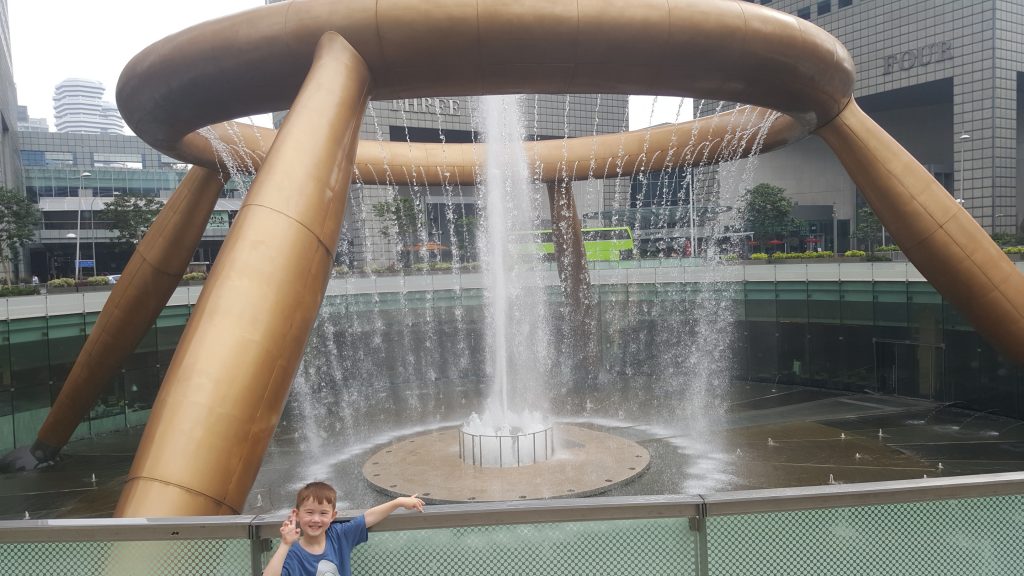 The Fountain of Wealth is listed by the Guinness Book of Records in 1998 as the largest fountain in the world. It is located in one of Singapore’s largest shopping malls, Suntec City. During certain periods of the day, the fountain is turned off and visitors are invited to walk around a mini fountain at the centre of the fountain’s base to collect coins for good luck. 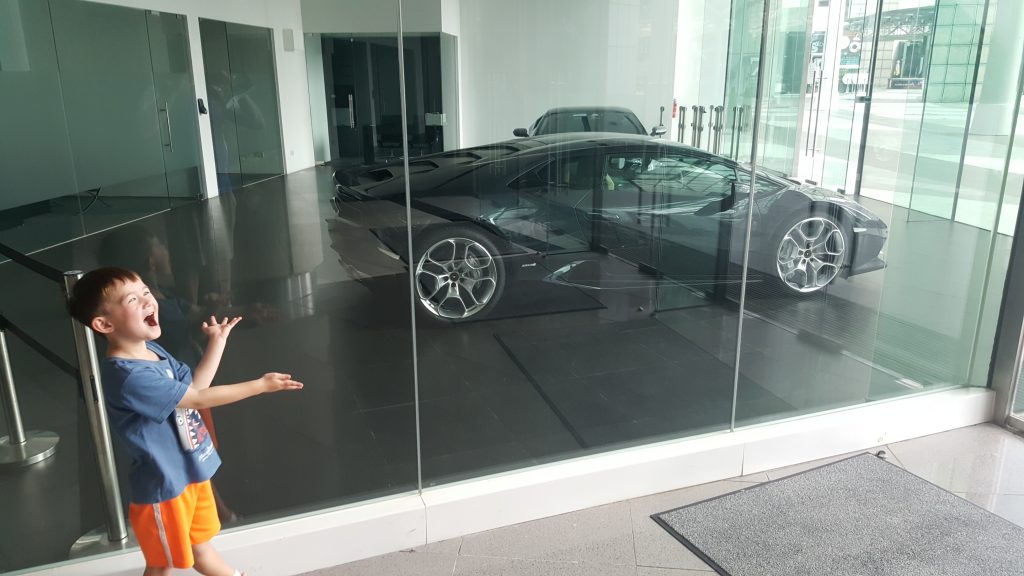 I thought it was fitting they had a Lamborghini dealership overlooking the Fountain of Wealth. 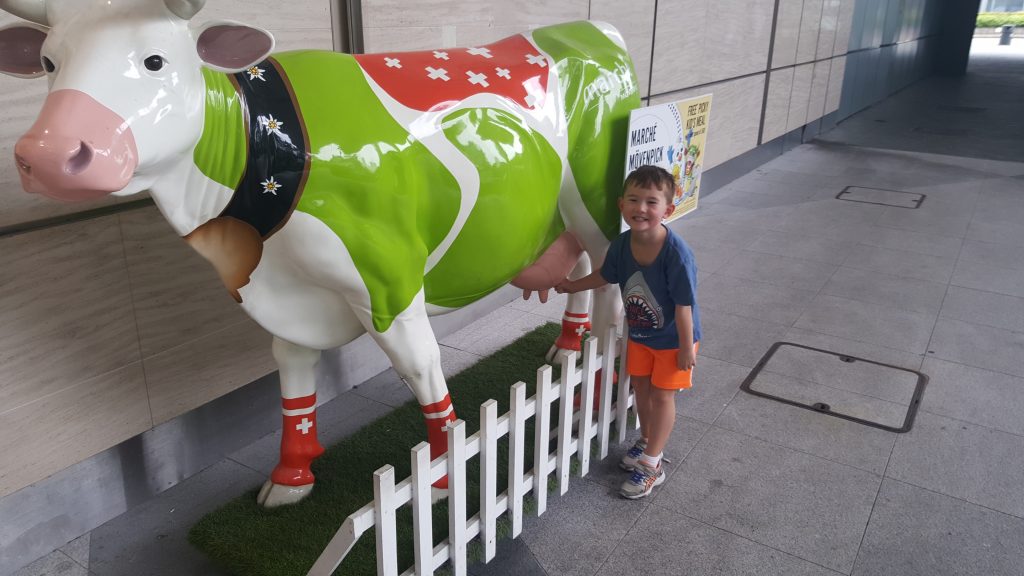 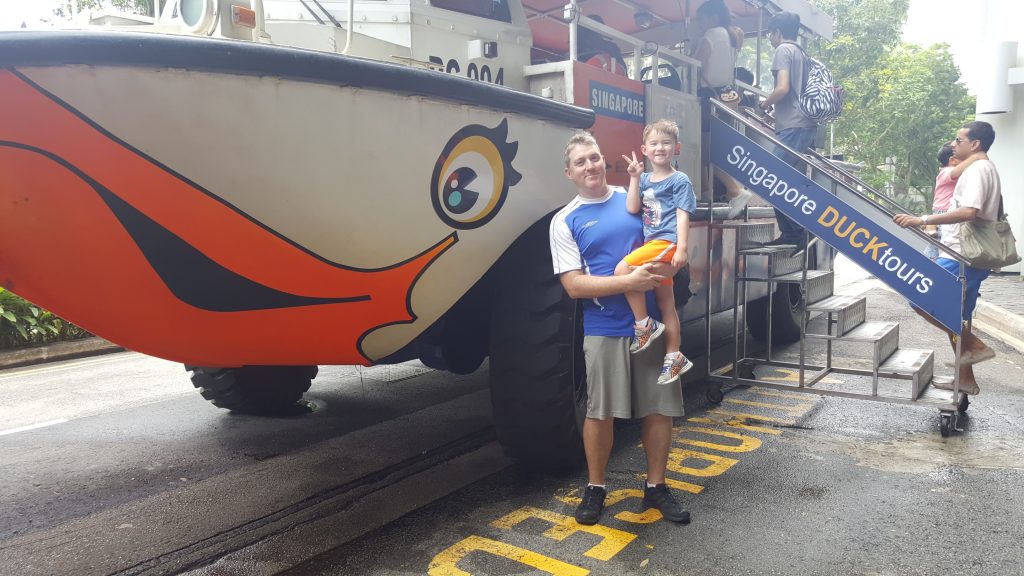 Duck Tour on an Amphibious Bus! 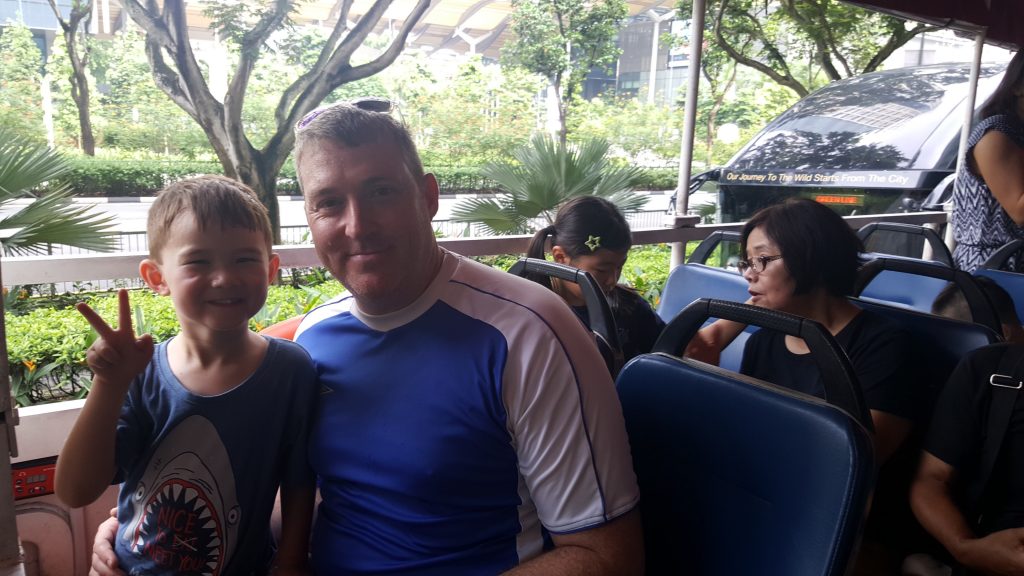 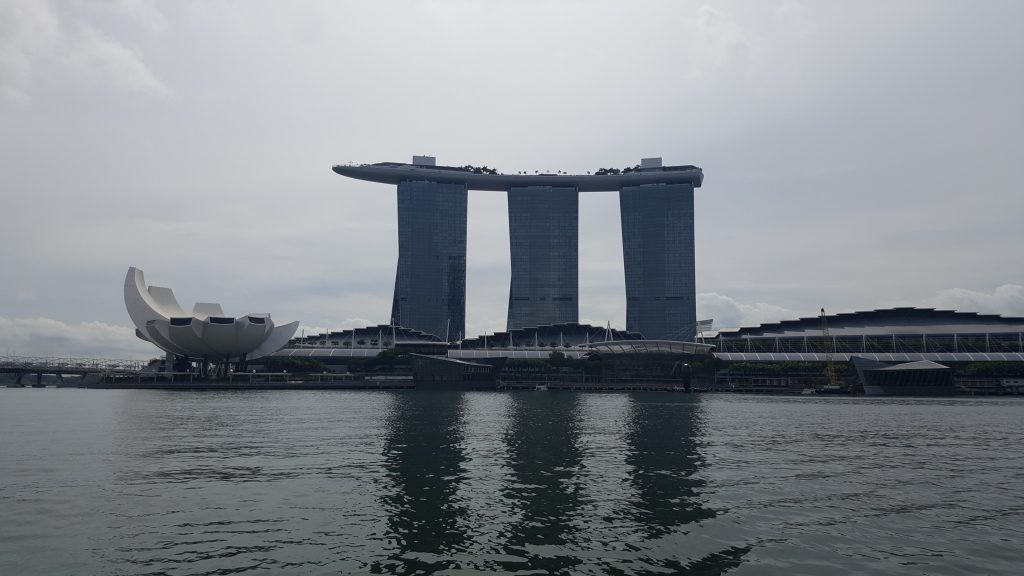 Marina Bay Sands…. Amazing hotel and casino! Built for 6 billion dollars and designed by a Canadian! It feature a roof top patio with the world’s highest infinity pool. The public can go the roof for $40 dollars but the pool is for hotel guests only : (

The Duck tour had an actual tour guide which I love! He said Singapore has the 3rd highest gambling revenue in the world with 6 billion dollars a year from just two casinos, while all of Vegas earns 7 billion, and Macau (near Hong Kong) earns 44 billion. 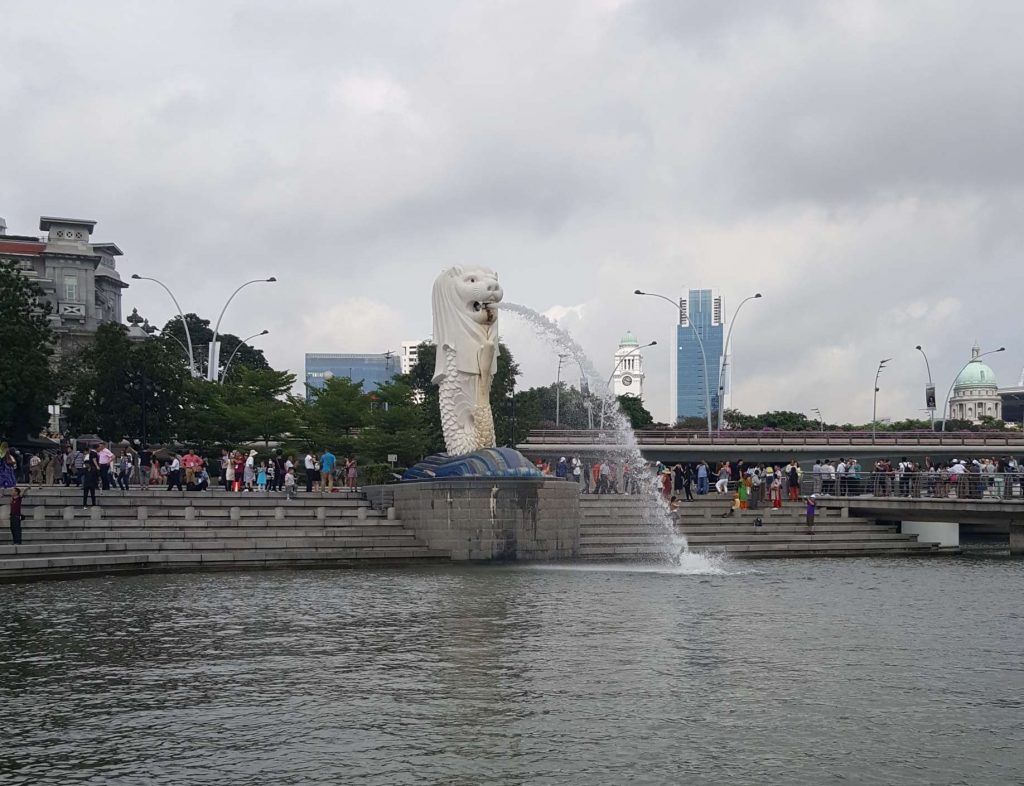 The Merlion…. Represents Singapore’s orinial name “Lion City” and its past as a fishing village…. Hard to believe this place was ever a village! 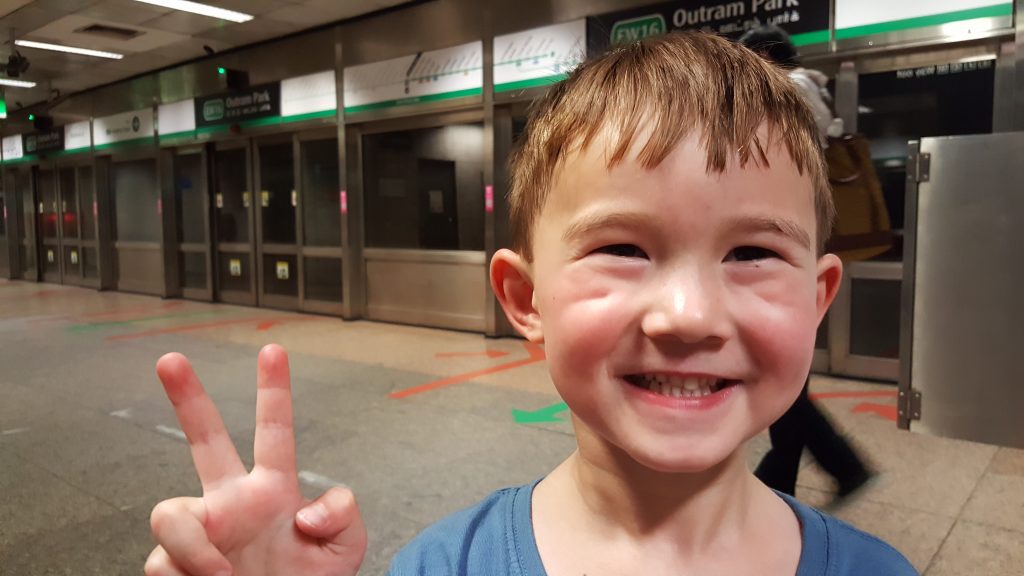 Off of the boat / bus and hitting the subway… If you look behind this gorgeous boy you’ll see the tracks are closed in and the train manages to line up with the doors every time! 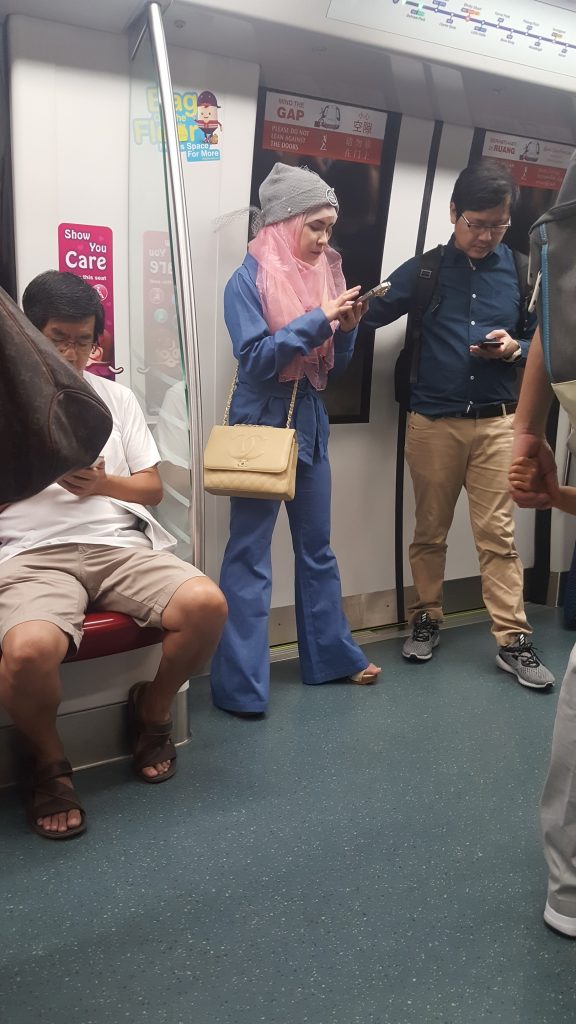 Bless this woman, it had to be 40 degrees in the shade and she is wearing a coat and toque! 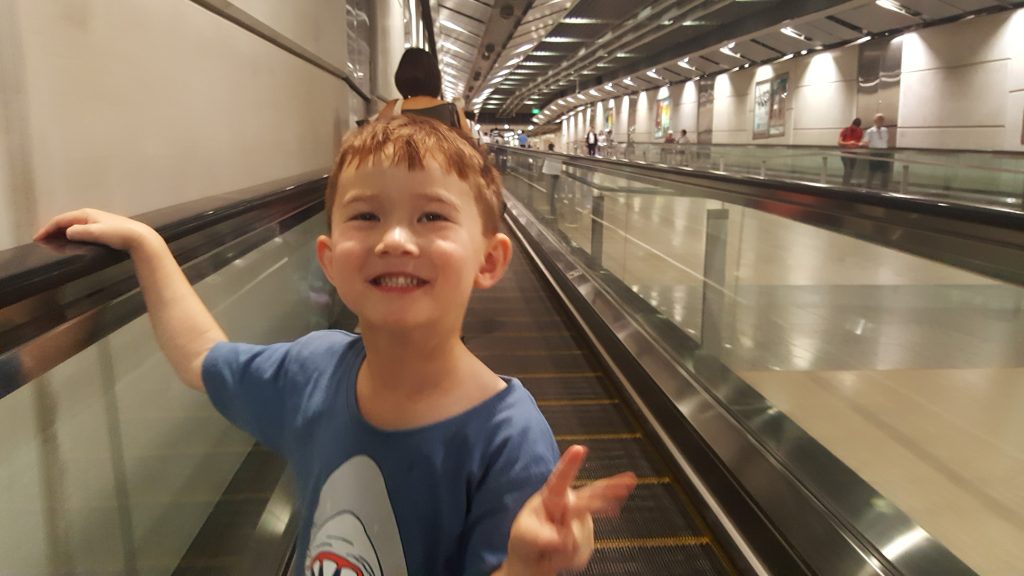 Riding in the underground… 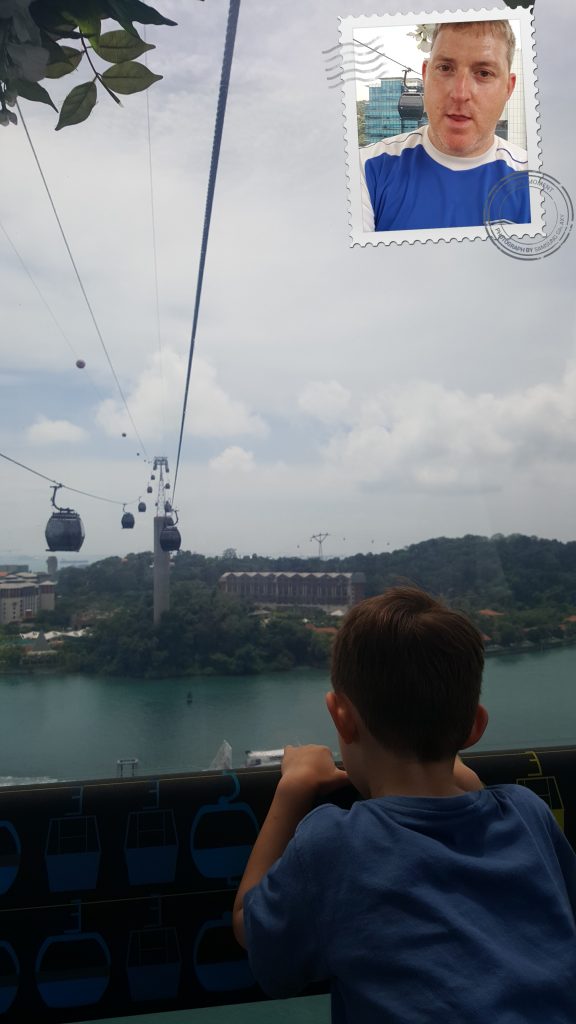 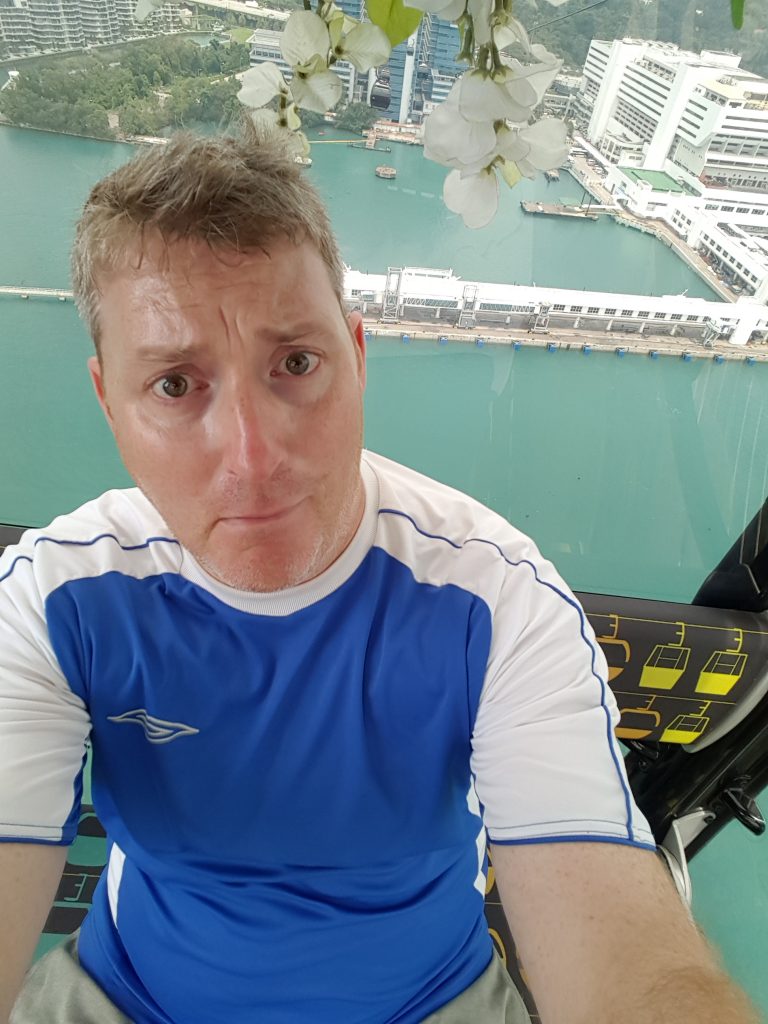 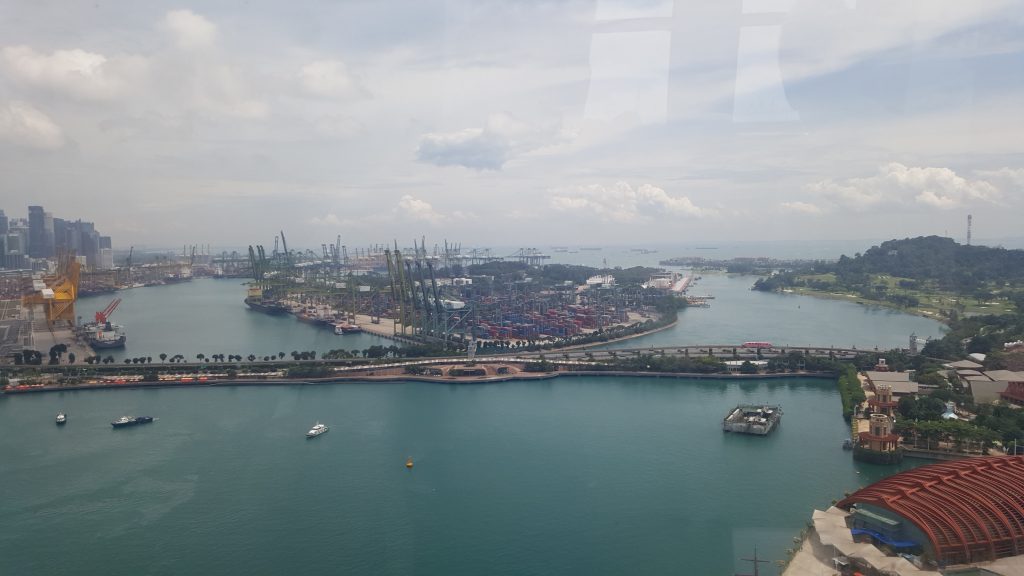 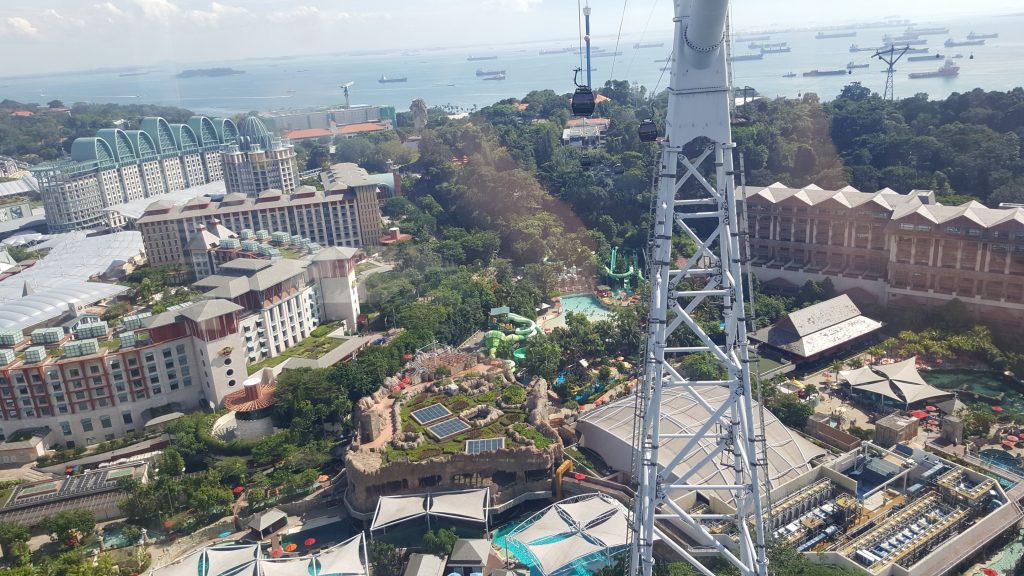 Again, so many ships! I had never seen so many cargo ships. 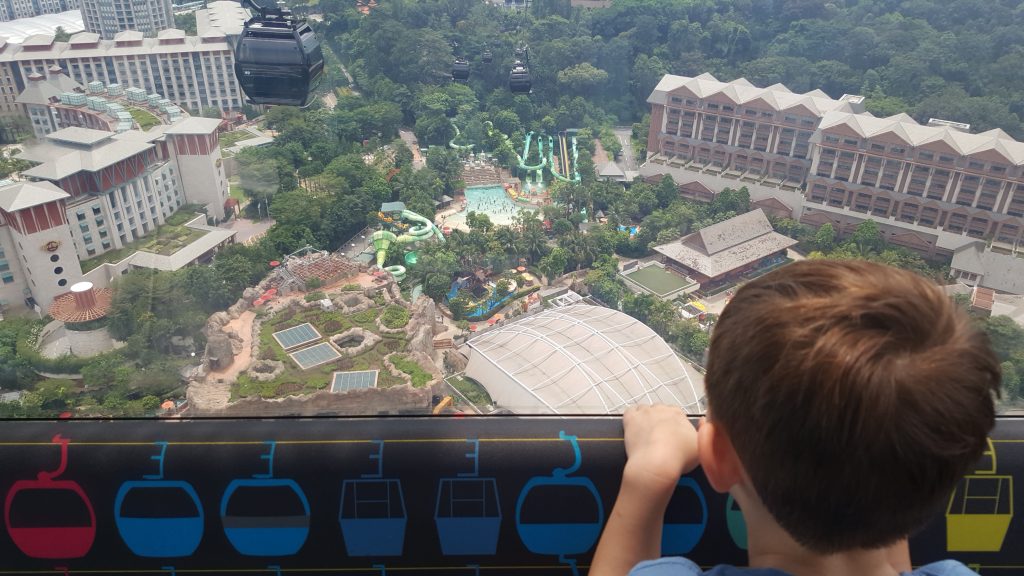 Sentosa Island is the playground of Singapore, basically just a big resort with water parks, aquarium, trails, and even a Universal Studios. 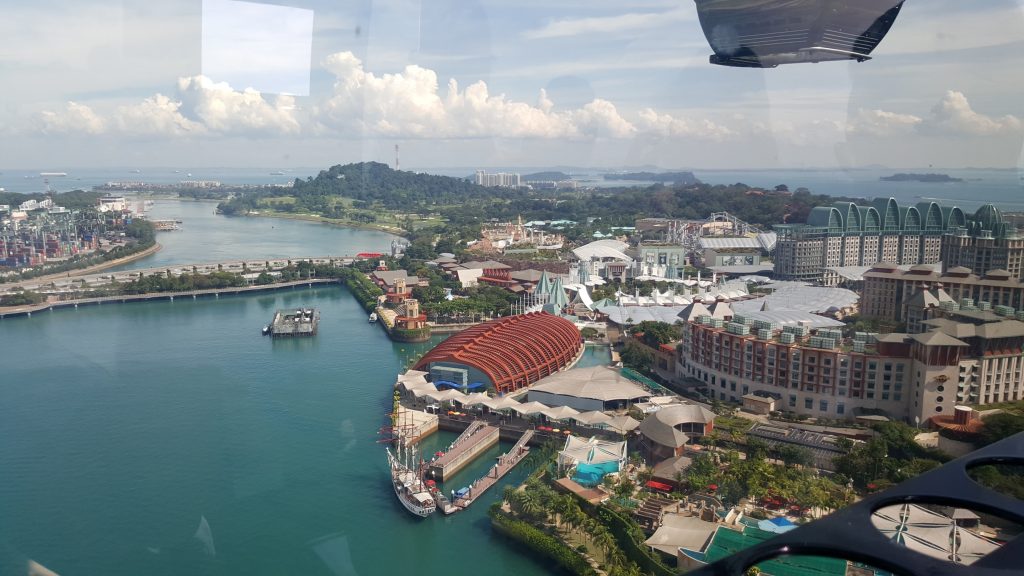 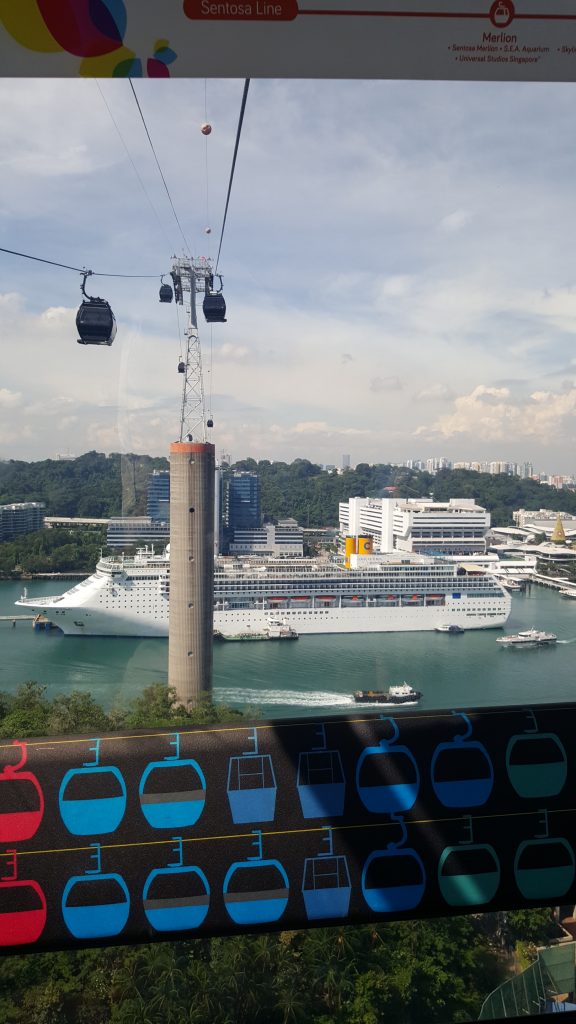 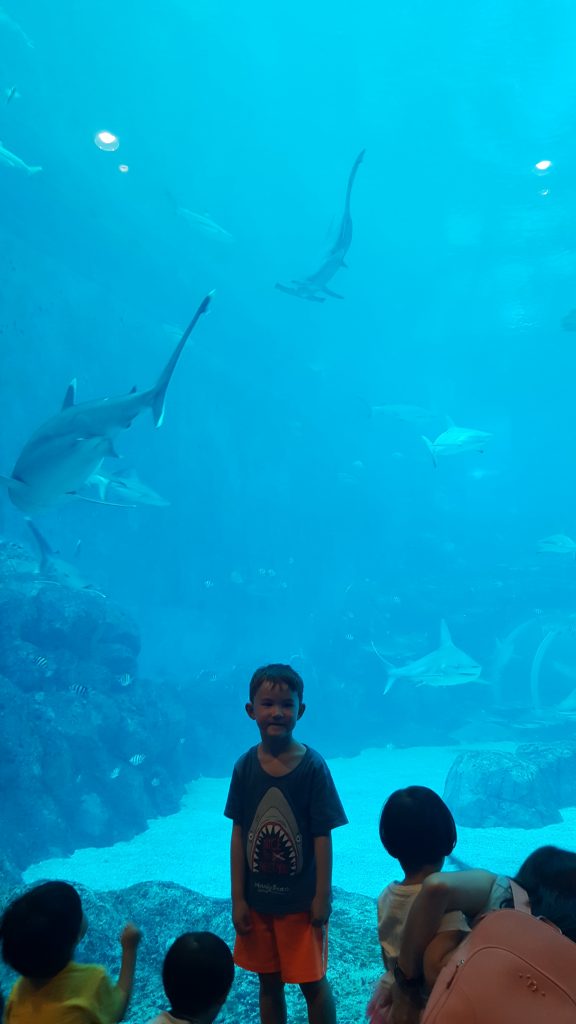 Atticus wearing the right shirt for the Aquarium. He loved seeing the Hammerhead shark. 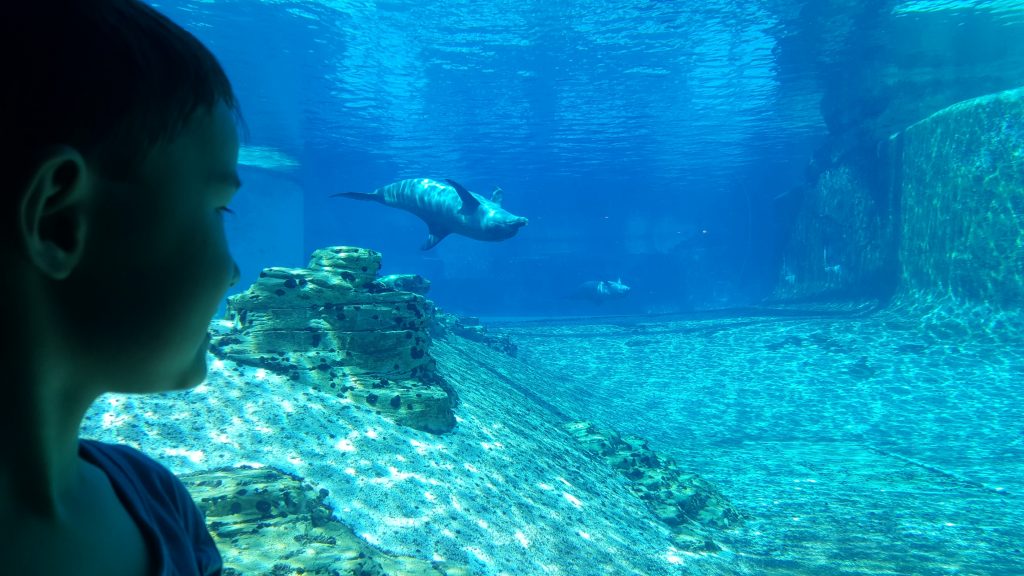 Dolphin showing off for Atticus. 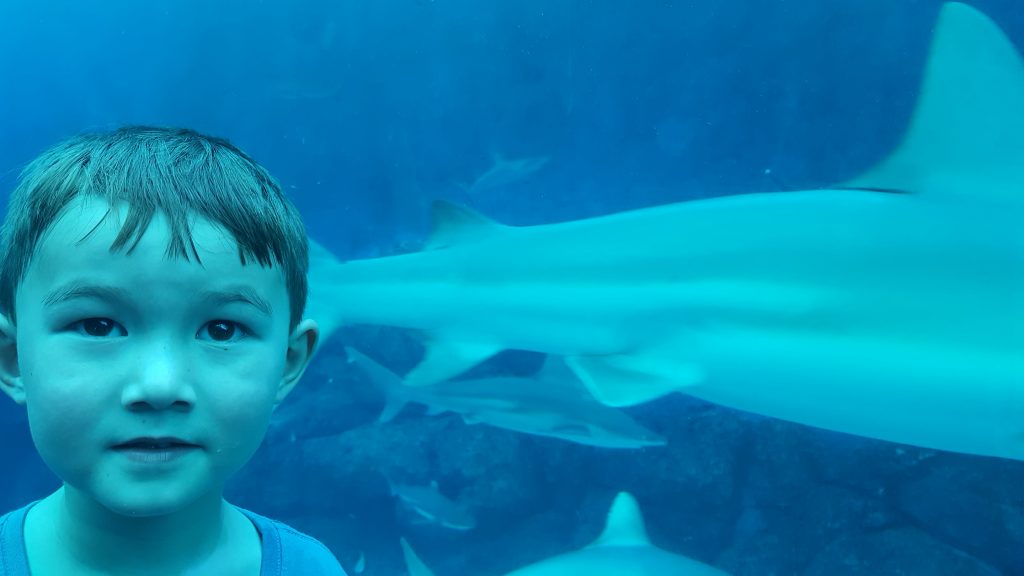 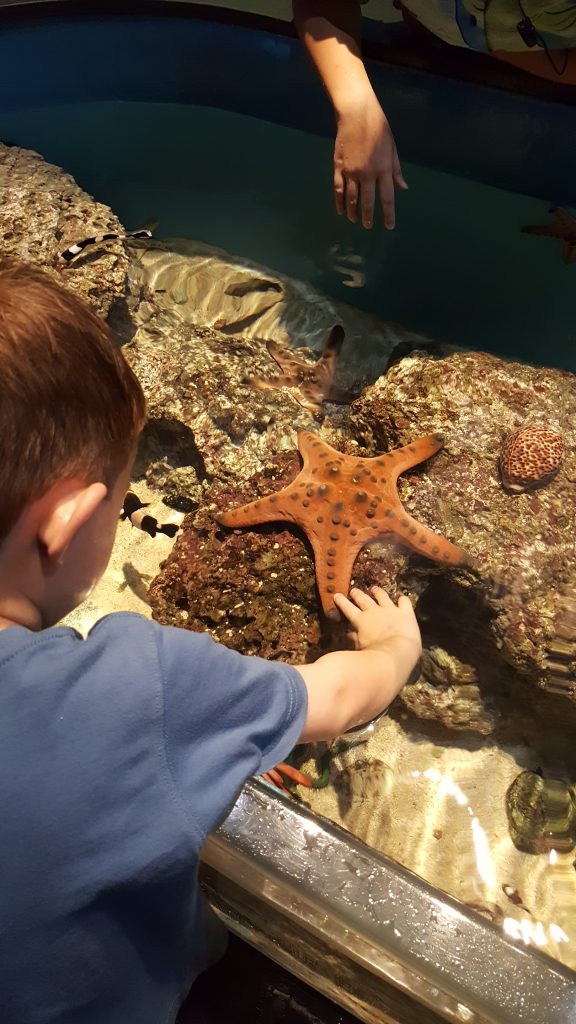 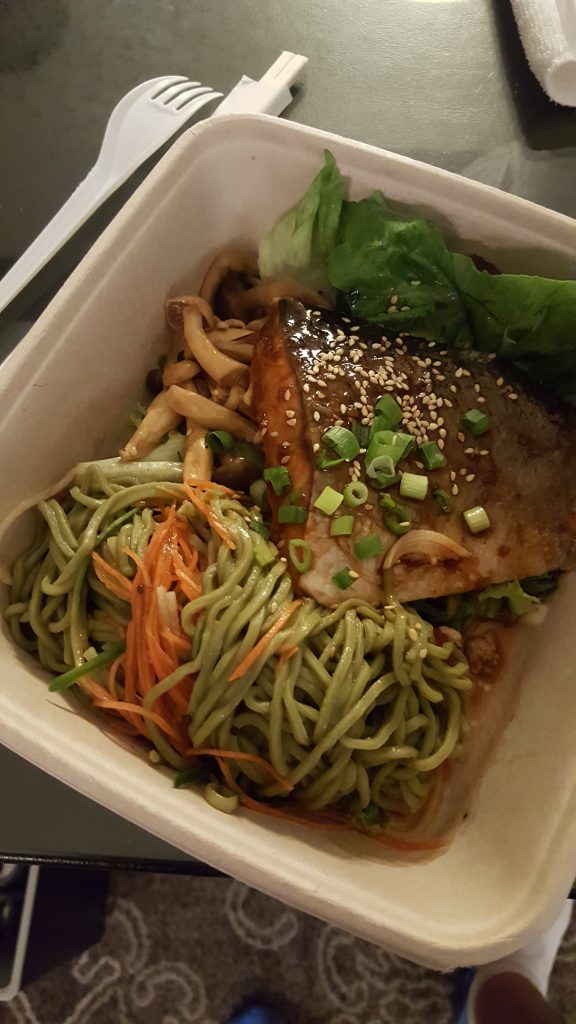 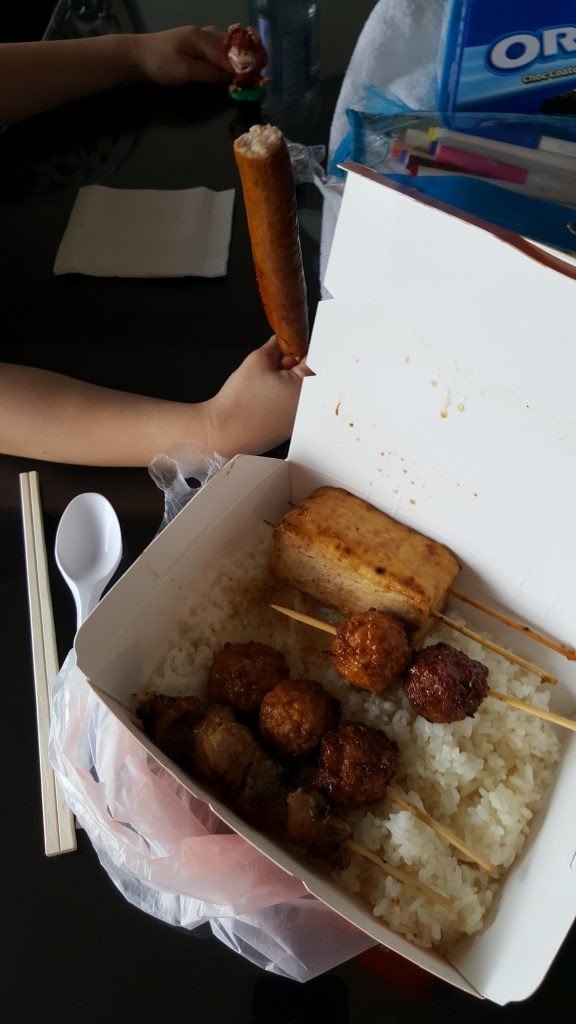 The food people… Amazing!!! Salmon with mushroom salad and ginger noodles! Atticus had rice with balled chicken and some tofu. If you lived here you really wouldn’t need a kitchen, the prices for at the hawkers markets were incredible compared to a sitting restaurant.

We crashed after dinner and it stormed like crazy, I thought it might break the heat but it did not!